Paul Gelineau has directed and performed for such prestigious groups as the Canadian Opera Company and the Roehampton Institute in London. He is president of Fight Directors Canada and was the first director-in-residence at Edmonton’s Citadel Theatre. Gelineau has performed in three television series and worked at both the Shaw and Stratford festivals.

But today his home and heart are in Fort McMurray, a city he calls “one of the hotbeds of creative thought in Alberta.” Gelineau teaches drama at Keyano College and is also the artistic director of Keyano Theatre. “People would die to have this kind of job,” he says with unabashed giddiness. “The relationship [Keyano Theatre] has with the community is one of the healthiest I’ve ever seen.”

Fort McMurray,a city known for its tar sands and oil rigs, is perceived by many Albertans as a cultural wasteland. “Fort McMurray is often perceived as a town with little going for it other than the industry and employ- ment opportunities,” says Marie Leduc, an instructor at Keyano College and the curator of the Keyano Art Gallery. Leduc says that when she moved to Fort McMurray to teach four years ago, she expected to find herself in a drab, blue-collar oil town with few opportunities to quench her creative thirsts. “Instead,” she says, “I have found a town where people are very active in music, dance, theatre and the visual arts.”

The thriving cultural scene in Fort McMurray can be credited directly to the college where Leduc and Gelineau teach. Keyano houses the only public art gallery in the Wood Buffalo Region, and if not for the theatre and conservatory, residents of Fort McMurray would have to drive to Edmonton to take in a professional theatre production or a classical music performance.

“Fort McMurray is often perceived as a town with little going for it other than the industry and employment opportunities.”—Marie Leduc curator, Keyano Art Gallery

The college was originally established in 1965 as the Alberta Vocational Centre. In 1978, a board of directors was appointed and the school began operating as a public college under the name “Keyano”—a Cree word that means “yours, mine and ours.” If you listen carefully, you can hear the echoes of that mantra in every corner of the campus; Keyano College belongs to all of Fort McMurray.

Nowhere is the Cree philosophy of “keyano” more evident than in the Department of Visual and Performing Arts (VPA), where students and professionals work side  by side. Faculty members, staff and students alike per- form in concerts, act in and direct plays and exhibit their own works of art. Community members volunteer and work as actors or stagehands. And everyone, at one time or another, is a part of the audience. Encompassing visual arts, theatre and music programs, the VPA’s purpose is twofold: to offer quality training to Keyano students and to serve Fort McMurray and the surrounding community as the centre for arts.

Leduc enjoys the balance of serving students and the public. Her curatorial role at the Keyano Art Gallery is intimately tied to her capacity as a visual art and design instructor. “The gallery is both a public facility and an integrated part of our program in that we can also use it as a teaching space,” she says. “Students are involved in the gallery in a few ways. A number of them volunteer for us, they attend openings, meet with artists there and have their own show in the gallery at the end of their second year of studies.”

The gallery is also an educational facility for the community, Leduc explains, because it exposes the residents of Fort McMurray to a wide range of visual arts. “Since we live so far from a major centre, it is difficult for people to see really contemporary art or learn about it,” says the Alberta College of Art and Design alumna. “The role of the gallery is to bring the art here for people to see, enjoy and learn about.”

Sometimes, along with the art comes the artist. At least six local and international artists visit the campus each year, often staging exhibits during their stay. Over the past two years, the VPA has been developing an artist-in-residence program. Last year, artist Peter von Tiesenhausen stayed in Fort McMurray for two weeks to complete site-specific work for the gallery. Other past visitors have included Chris Cran, Alex Janvier and Tony Urquhart.

The opportunity to work with respected artists is particularly appealing for students in such an isolated region. Drama department head Roxanne Dicke says the VPA promises experienced instructors, outstanding facilities and an exceptionally low student-to-teacher ratio. The visual arts and design stream accepts roughly 16 new students  each  year; the  drama  department (which  has  four  faculty  members)  takes  between  12 and 16, though close to six times that  number  apply. “When students come here, they know they’ll be working with others who are as passionate as they are,” says Dicke.

And while demand for training in the theatre program swells, the demand from the community—college and otherwise—for quality theatre performances grows as well. “The demand is there because we do what we do well and we are the arts and culture in the community,” says Gelineau. “There’s nothing for 400 kilometres.”

Being  the  only  professional  theatre  company  for miles  in  any  direction  has  not  made  Gelineau  idle. In fact, it spurs him to work even harder. He says one of his biggest challenges is making the performances appeal to very diverse audiences. Under his direction, the Keyano Theatre puts on four productions each year. The curtain opened on this year’s season in October with the harsh  and gritty Balconville by David Fennario. It was the first bilingual play ever produced in Fort McMurray. In November it was Shakespeare’s Romeo and Juliet, fol- lowed in February by the bard’s natural successor, Richard O’Brien’s Rocky Horror Show. The final produc- tion of the 2002 season will open in April when Gelineau directs Aaron Bushkowsky’s Strangers Among Us, “a beautiful, poetic story” about the devastation caused by Alzheimer’s disease.

Besides the four major theatre productions, an aver- age of 300 events, many of them student-run, are held in the theatre each year. “Everybody who produces any kind of arts event in the community does it here,” says Gelineau.

The same is true for musical  performances.

According to Bill Prouten, a member of the music department faculty, “the performance opportunities are as numerous as the performance facilities are beautiful.” A 250-seat recital theatre and an even larger main stage make the college an ideal venue for concerts and other musical affairs. Moreover, impromptu jams and concerts staged in the lobby create a spontaneous musical environment.

Prouten himself can often be found wailing on his saxophone, sometimes with his students accompanying him or with guests or neighbours from the community playing along. “When you consider that these ensembles are made up of faculty, music students and musicians from the community at large, you begin to understand the central role of Keyano in the musical life of the community,” he says. Keyano College also offers the only musical instrument repair program in Canada, a course that is attracting students from great distances.

Gelineau, Leduc, Dicke and Prouten all say it’s worth the journey to visit Fort McMurray, whether from across the country or within the province. “The cultural scene is exploding as much as the city is,” says Gelineau. In fact, he likens the development and refinement in Fort McMurray to the construction of great empires. “There have been these massive growths that have occurred in history that are amazing to see and comprehend. Come up here and you’ll see that very thing,” he says. “It’s like watching someone build a pyramid. Come up just for the adventure.”

Amber Bowerman is the editorial and publishing assistant at AlbertaViews. 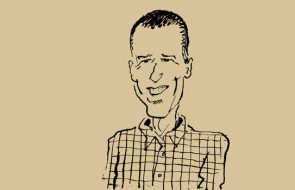 I’m an addict. I use oil. We all do. That’s how we’ve wired our economy. But the fact that we’re hopelessly hooked doesn’t mean we shouldn’t confront the issue. The first step, after all, is admitting you have a problem. Addicts don’t make rational choices. They specialize in denial and ignore ... 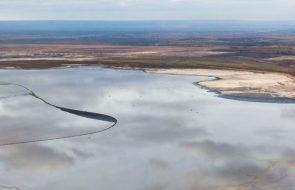 EVERY ALBERTAN NOW KNOWS that the tar sands, the world’s largest energy project, drinks an enormous amount of water. Separating tar from sand is a messy, water intensive business: producing just one barrel of oil requires an average of three barrels of fresh water. Industry now withdraws enough from the ... 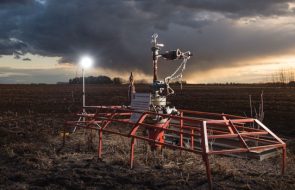 All across this province, from the banks of the Peace River to the barley fields of Lethbridge County, 155,000 holes have been drilled in the ground that share four characteristics: They were made to release oil and gas from the Earth’s crust; they’ve produced as much hydrocarbon as they’re going ...