An Audit Too Far 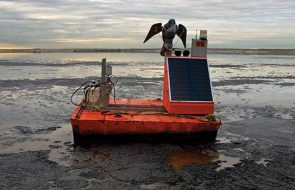 Much has been written about the egregious environmental impacts of Alberta’s oil sands, from fugitive clouds of petcoke dust (which damage human lungs and hearts) to the invisible curse of greenhouse gas emissions. But nothing compares to the size and toxicity of the tailings ponds. In a bid to provide America with ...