Five players; not appropriate for children or idealistic adults

OBJECT OF THE GAME

The goal is to win a majority of Alberta’s 87 seats (i.e., at least 44) and, with them, raw, unchecked power for four long years.
In a minority situation, a party leader can win the election if they successfully debase themselves. See Game’s End, viii.

You’ll need one six-sided dice, one large paper clip, at least 10 tokens for each party (see Setup, v) and some “money” (coins, poker chips, Monopoly bills or Alberta prosperity certificates).
Go to albertaviews.ca/game and print the game cards (see Draw a Card). Cut them out, shuffle them, make a pile.

Each player selects the party of their parents’ choice,
or randomly by rolling the dice. Note this formula:

The players are now the leaders of these parties.

Each party comes with various strengths and weaknesses
(see Baggage). Read these aloud before the campaign begins.

Each party starts the campaign with $500k (i.e., five coins) except the UCP, the darling of political action committees (PACs), which starts with $1-million. Distribute this money.
To mark each party’s place on the game track, their poll standing and their popularity with undecided voters, you’ll need tokens,
at least 10 for each party. We suggest:

Alberta Party: literally anything will do

Greens: dried beans or peas; something healthy but unpalatable

Liberals: pieces of your Ph.D. parchment or dollops of caviar

For a realistic election, determine the initial poll standings based on current, real-world polls. (Just kidding. Leaders will never agree on which polling company is least biased.)

To set up the initial poll standings, roll the dice.

First party rolled: 25% support. Put a party token on the poll track (which wraps the board).

Third: 15% support. Ditto. At this point you can stop rolling.

Fourth and fifth: 10% support each. Ditto.

Or just start all five parties at 15% support. This is naïve and without Alberta precedent, but do what you want.

Decide the price of oil (to the nearest $10) by consensus.

Roll the dice to determine the incumbent, who drops the writ whenever it’s convenient for them. They can make the other leaders wait hours or days if need be.
Begin the campaign.

Place a token for each party on the Writ Drop space.
The incumbent goes first. Play rotates clockwise if all leaders can agree on a specific example of “wasteful government spending.” Otherwise, play goes counter-clockwise.

Each turn, a leader rolls the dice, moves to a space and chooses one of the actions shown. There are eight possible actions (summarized here and explained in excruciating detail below):

Mail vague pamphlets in an appeal to the mushy middle: Put a token on the waffle

Raise your party’s poll standing by 1% and lower a random party’s (or undecided voters) by 1%. Roll the dice to determine random.

To raise or lower poll standing, move tokens forward or back along the poll track.

Raise your party’s poll standing by 1% and lower another’s or the undecided vote (your choice!) by 1%.

Mail vague pamphlets in an appeal to the mushy middle

Put one of your tokens on the undecided vote space (the waffle). (See Game’s End, iii.)

To buy an ad, announce the targeted party and the ad’s message, which by longstanding Alberta tradition must be negative. Your ad cannot target undecided voters.

For every $100k you spend, the targeted party loses 1% in the polls. You gain this support. Spend as much as you like.

Announce which party you’ll dig for dirt on*. Roll the dice.

If you roll 1–5, your digging uncovers nothing. Owing to baggage, a roll of 1–4 against the UCP leader uncovers nothing.
If you roll 6 (or 5/6 against the UCP), you uncover problematic moral commentary from a candidate (e.g., in an old blog post, sermon or dating-site profile).
If dirt is uncovered, state your findings aloud. That party’s leader falls into the Lake of Fire. Their party loses 6% support to you and the leader misses two turns while trying to downplay the scandal.Put one of their party tokens in the Lake of Fire.
This token remains in the Lake of Fire for the moment. As long as it stays there, that leader cannot fall in again. Remove this token when a different party leader falls into the Lake of Fire. Replace it with a token from that party.

* Note: Although NDP candidates are prone to youthful gaffes, the NDP leader can’t fall into the Lake of Fire; see Baggage.

Choose which event to pray for:

Boom: War erupts between Saudi Arabia and the US. Raise the price of oil by $30.

World Peace: The US withdraws all troops stationed in the Mideast. Lower the price of oil by $10.

Read the card aloud. Some effects (e.g., bozo eruptions) apply immediately, after which the card is put on the bottom of the deck.

Some cards allow a leader to build a War Room (e.g., to hire a debate coach). After the salary is paid, the effects of political staff apply immediately. If a leader declines to hire or can’t afford staff, the card is discarded. Leaders may hire multiple staff. Roughly 75% of cards help the party whose leader drew the card. The NDP suffers disproportionately from cards (see Baggage).

The Alberta Party leader can’t dogwhistle, as their underlying values are unknown even to them, but starts the game with one free token on the waffle.

The Green Party leader isn’t allowed to formally participate in the debate (see Debate, iii), but, given their obscurity, can’t be targeted by negative ads.

The Liberal Party leader can’t fundraise more than $200k even if leading in the polls, but is a fiery debater the likes of which Abraham Lincoln would cower before (+1 to debate rolls).

The NDP leader continuously needs to “explain away” candidates’ youthful indiscretions (see Draw a Card), but can’t fall into the Lake of Fire, as the folly of youth pales in comparison to the narrow-mindedness or intolerance of certain adults.

The UCP leader is more prone to falling into the Lake of Fire, but starts the campaign with $1-million (instead of $500k) to reflect their support from PACs.

When a leader reaches the debate space, they stop, even if their dice roll would have carried them beyond that space. They skip turns, waiting for the other leaders to arrive, and prepare for the debate by rehearsing their zingers and bon mots.
Once all leaders are on the debate space, each rolls the dice.

The Green leader is unwelcome at the debate, but rolls the dice anyway to represent the release of their post-debate YouTube video. Subtract 2 from this roll.

In the event of a tie, keep rolling. Subtract 2 from all Green rolls.
The highest-rolling leader wins debate day and deeply impresses undecided voters; put four corresponding tokens on the waffle.

A NOTE ABOUT POLLS

No party can go below 0%. Anything that would lower their share of the popular vote below 0% lowers the undecided vote instead.

Once a leader reaches the Election Day space, their campaign is over. They wait for the others to catch up. If leading in the polls, they may pretend they’ve been issued an RCMP security detail, refuse to speak to other leaders and prepare a victory speech.
Once all leaders reach Election Day, the game’s imaginary voters cast their imaginary ballots.

Undecided voters cast their lot with the party that has the most tokens on the waffle. (Roll the dice if there’s a tie.)

The incumbent party then gains or loses voter support based on the price of oil.

With the popular vote counted up, the will of the people is now known. However…
The party now leading gets four seats from every other party as a “first-past-the-post bonus.”

The polling track is now a seat track. Adjust it by seats (the tiny numbers at each square’s corner), not by popular vote.
The leading party gains 16 seats. All other parties lose 4. The total number of seats won should equal 87. Resolve with the dice if not.
The game pauses for 15 minutes as all players Google “problems with first past the post.”

The winner should now be apparent—unless the leading party has fewer than 44 seats.

In such a minority situation, the leader with the most seats can try to convince a leader with enough seats (i.e., together they have 44+) to prop them up.

To do so the leading party must debase themselves by raving about their prospective coalition partner’s ethical rigour and denouncing their own platform in a one-minute speech.

If this works, the election victory is shared.
If the speech is deemed too short or insincere by the coalition partner, the new government falls on a non-confidence vote and no party wins. Mere anarchy is loosed upon Alberta.

Game board included with the Jan/Feb 2019 issue of Alberta Views. 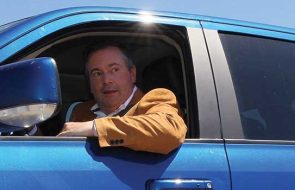 The Dramatic Fall of Jason Kenney

Subsequent events have cast shadows over the jubilant atmosphere at the BMO Centre in Calgary on October 28, 2017. This was a banner night for conservatism in Alberta as former federal cabinet minister and movement leader Jason Kenney rode to the stage in a signature blue pickup truck to claim the new ... 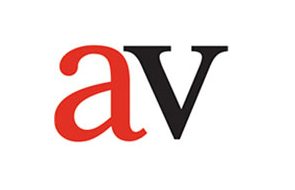