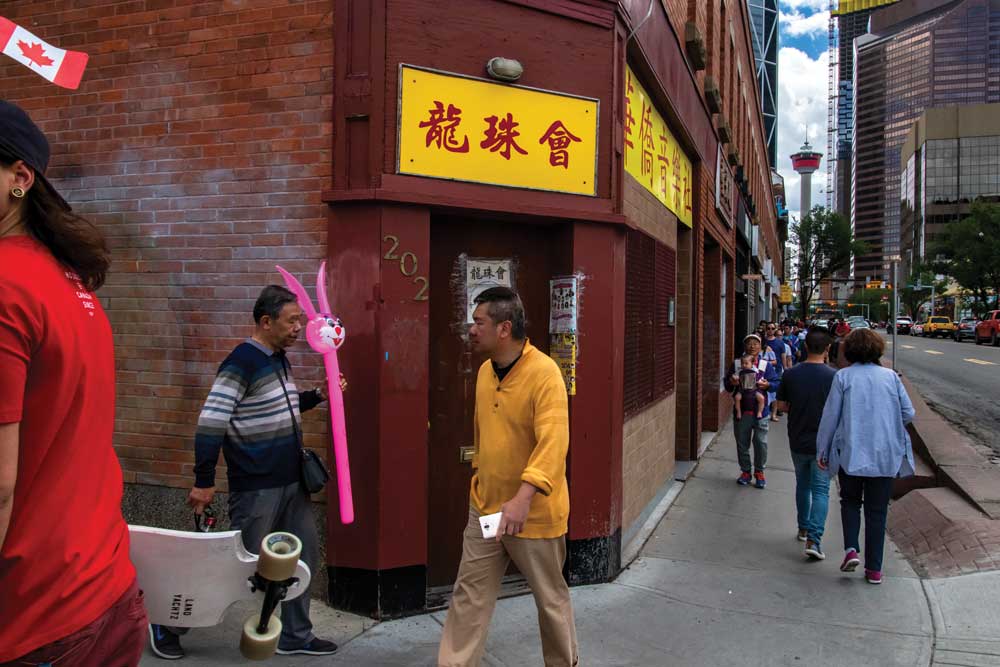 Since then, Chinatown has remained on the north side of downtown. The red brick Canton building, constructed in 1910 by Chinese merchants, remains a cornerstone of Calgary’s Chinese architectural heritage and is still home to some of Chinatown’s earliest family associations. 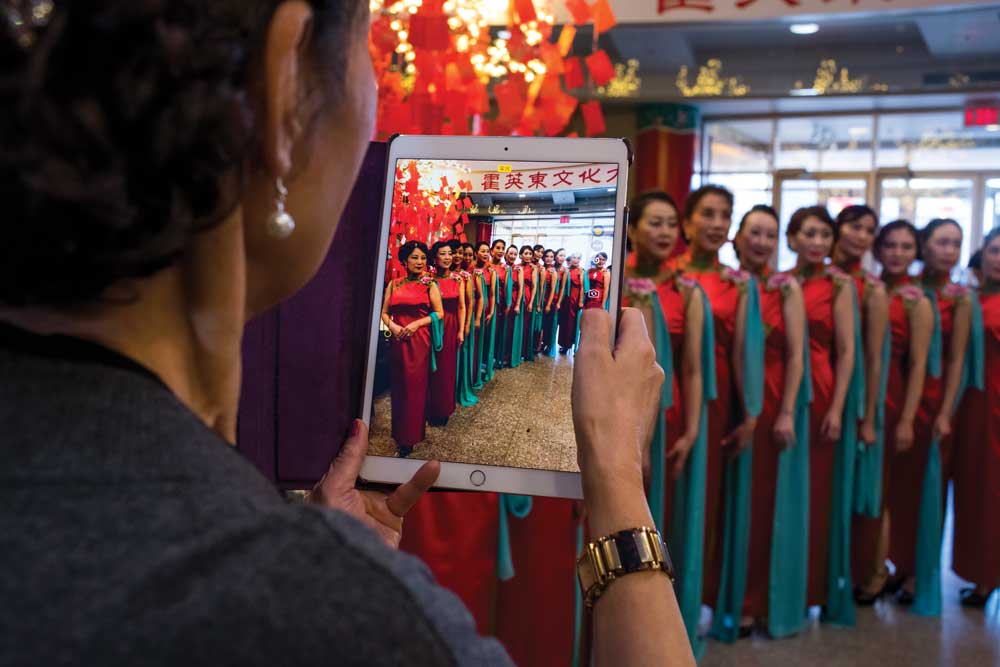 The Calgary Chinese Cultural Centre, which opened in 1992, remains the focal point for community activities such as traditional dance. 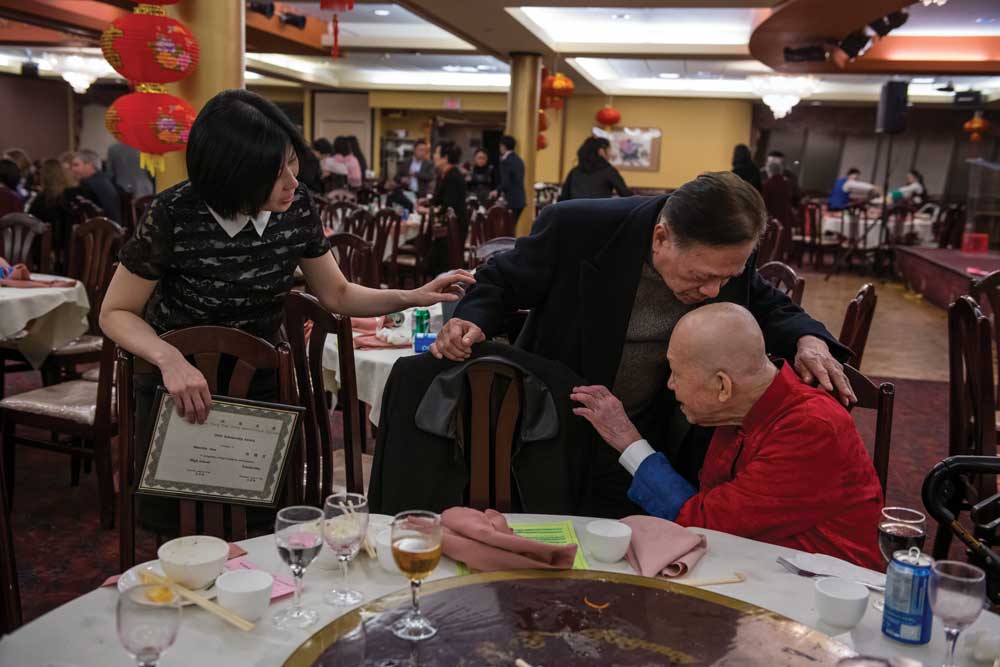 Kuo Him Yee came to Calgary in the 1960s from Hong Kong with his wife and five boys. Now in his 90s, he lives with one of his sons in Chinatown. Since the mid-1990s, emigration of Mandarin-speakers from mainland China and the Chinese diaspora around the world has outnumbered the first waves of Cantonese-speaking immigrants from Hong Kong. 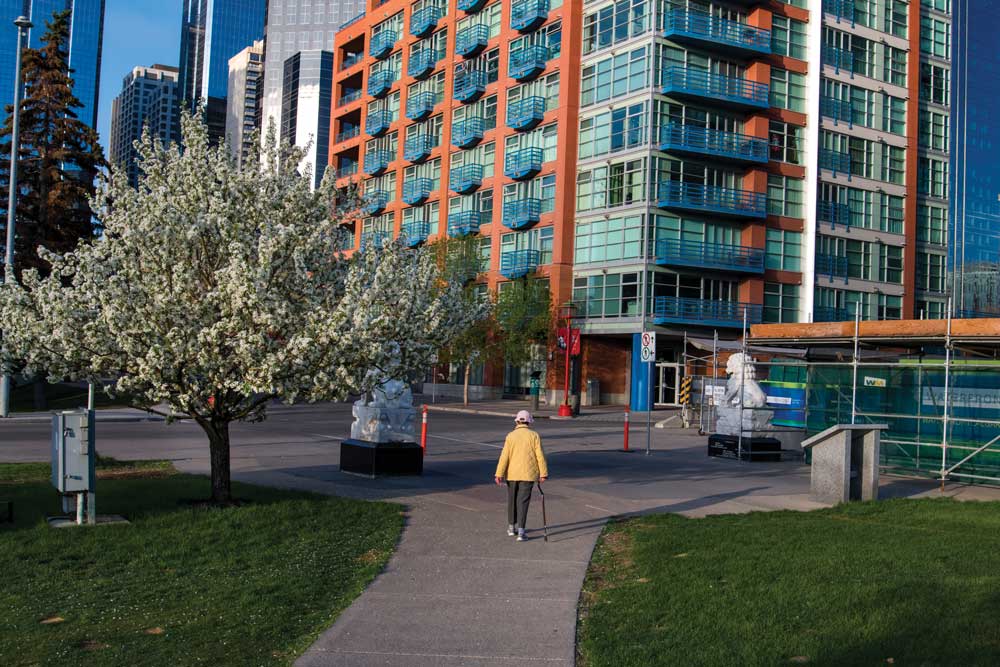 A green space created by the Sien Lok Society in 1982 helped preserve six acres of riverfront land in Chinatown from road expansions and real-estate development. Today Sien Lok Park is known for its blooming crabapple trees. 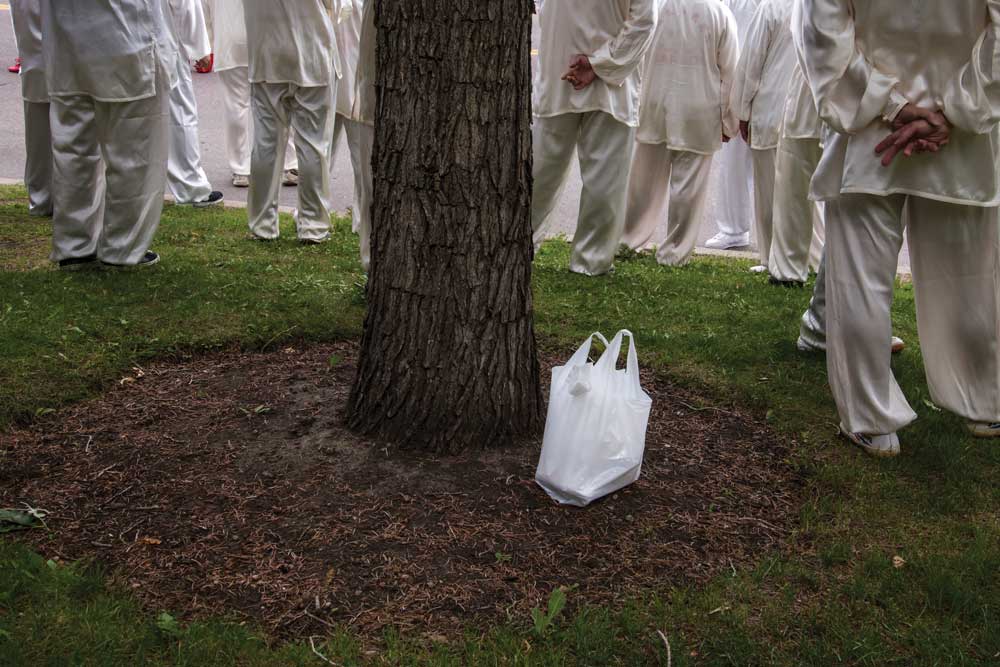 Tai chi followers use the park for public demonstrations. 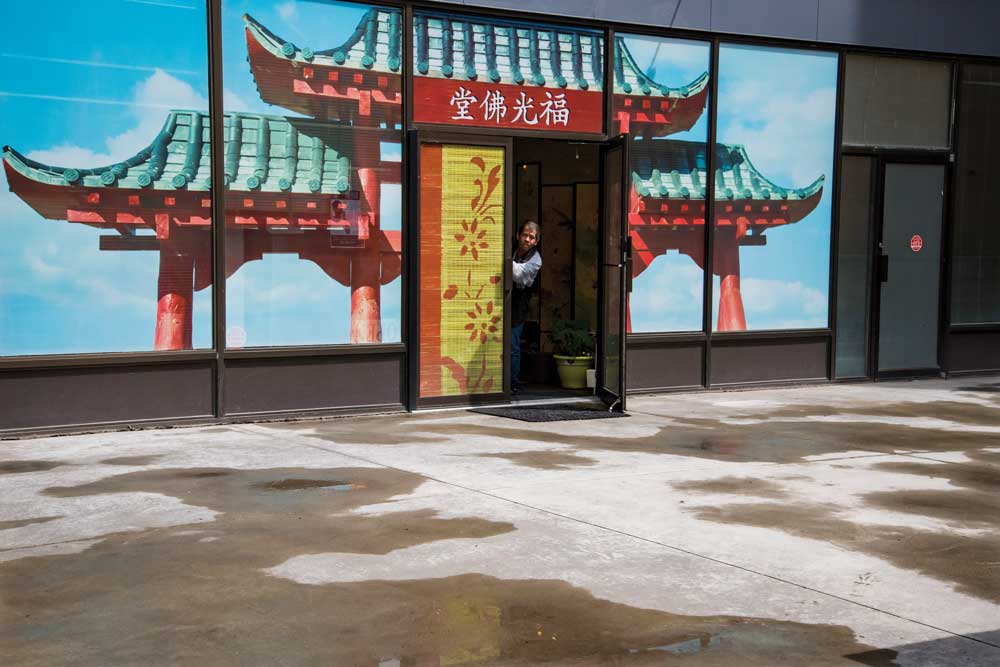 Calgary’s Chinese-Canadian community continues to grow and is one of the city’s most deep-rooted visible minority groups. From 2006 to 2016 the local Chinese-Canadian population grew from 75,000 to 104,000. Young Chinese-Canadians often support family abroad or sponsor relatives to immigrate here. As of 2011 a new federal visa system allows parents and grandparents of Canadian residents to obtain a 10-year, multiple-entry visa. 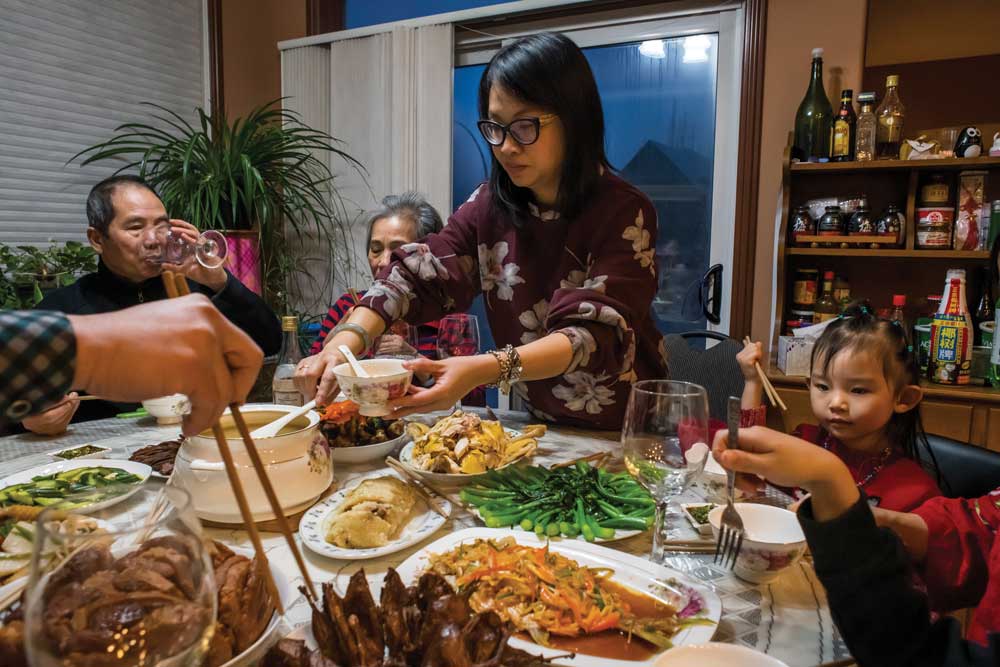 After settling in Canada in 2004, Sissi Zhang and her husband Homer Yu sponsored Sissi’s parents to join them and their two children in 2011. Like most Chinese immigrant families, they live in the suburbs. But Chinatown remains where they connect with their traditional culture. 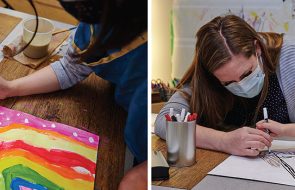 What Makes an Excellent Childcare Centre?

An excellent childcare centre, such as this one at Mount Royal University in Calgary, provides a safe, friendly, stimulating environment for children. Probably the most important characteristic from the child’s point of view is that it’s a place where they feel happy and have many fun things to do. For ... 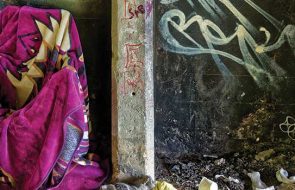 “Evidence of Habitation” explores informal housing and homelessness in Edmonton. The project reveals the signs of individuals as they seek refuge in the interstitial spaces of the city. The photos document the physical and symbolic processes of place-making in wooded areas, ravines, alleyways and under bridges across the four seasons. The images ... 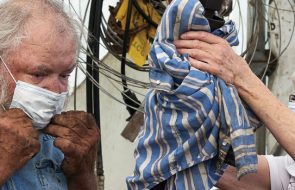