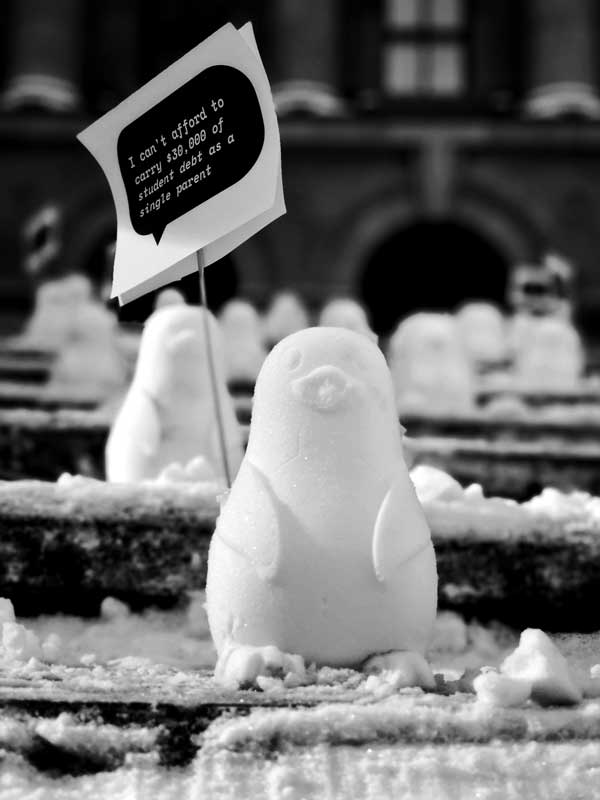 Albertan’s recent expressions of opposition and dissent have been uniquely creative—even artistic. In late January students protesting provincial cuts to post-secondary education and hikes in tuition created an installation of 800 tiny snow penguins on the grounds of the Alberta legislature. They used inexpensive plastic moulds purchased at Canadian Tire. The penguins carried toothpick-mounted signs saying “Don’t Freeze Our Future.” Though most of those penguins were removed, the demonstration spread to Calgary in early February with 250 penguins at the McDougall Centre, where Premier Jason Kenney has his southern Alberta office. Alberta Legislature, January 31, 2021. CityNews/ Nick Blakney. 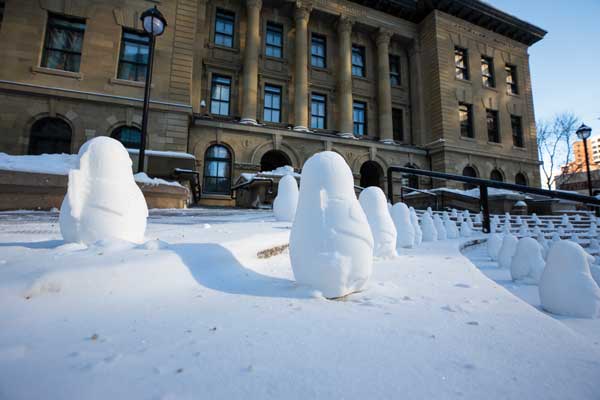 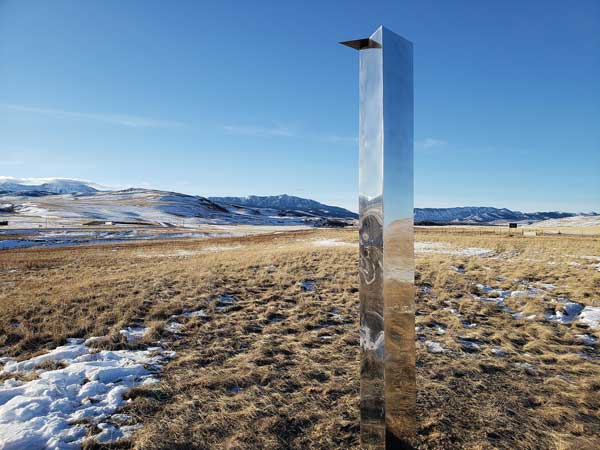 In early January a mysterious, shiny monolith appeared off Highway 22 at the Oldman River crossing, a triangular stainless steel 12-foot prism reflecting its surroundings. Its creator, Elizabeth Williams, is concerned about the threat of new open-pit coal mining along the eastern slopes and the reallocation of water rights in the area. “The shiny beacon is not the focal point, but the land, which it reflects,” she says. “I thought, ‘If I make this to last, if I make this extra beautiful and I get it on private land, it can stay and it can become a beacon for the curious.’” She bought the stainless steel, consulted with an artist and borrowed a welding shop to build the monolith. Oldman River crossing, Highway 22, south of Longview, early January 2021. T.E. 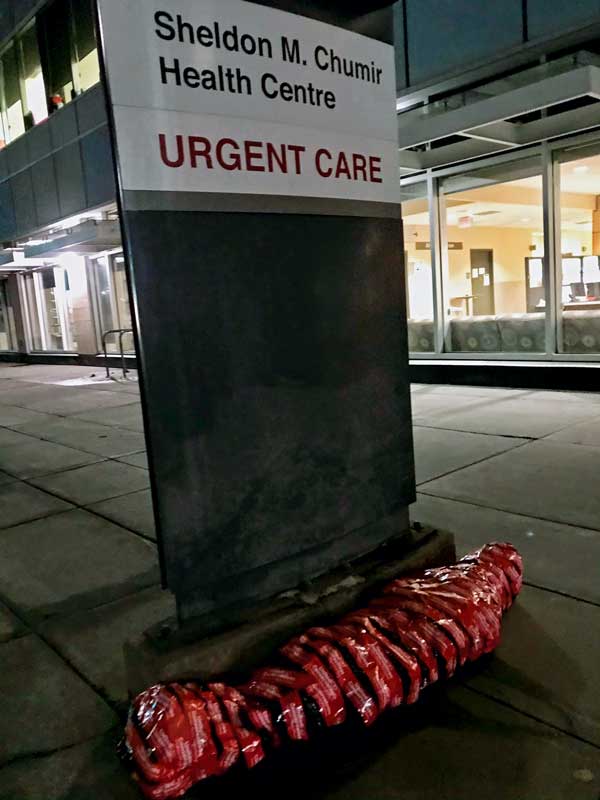 Albertans are the Canadians most unhappy about how their province has handled the pandemic. In March 2020 Leger found 68 per cent of Albertans approved of the UCP government’s response. By November that had fallen to 37 per cent. By February 2021, only 26 per cent of Albertans were happy. After COVID-19 cases spiked in late 2020, an anonymous Calgarian left a “UCP body bag” outside the Chumir Centre wrapped in tape: “Albertans Strong, Free & Dead.” Chumir Centre, Calgary. 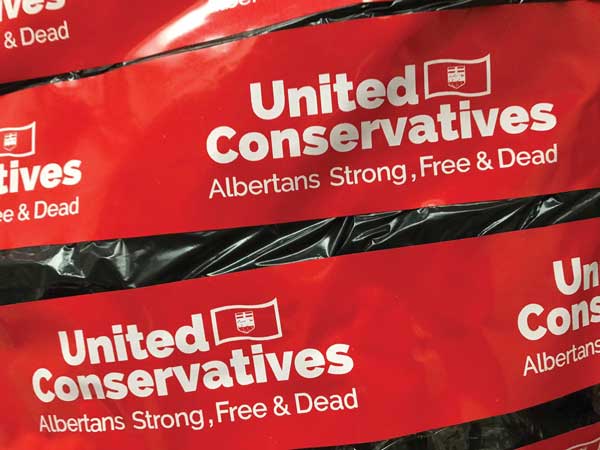 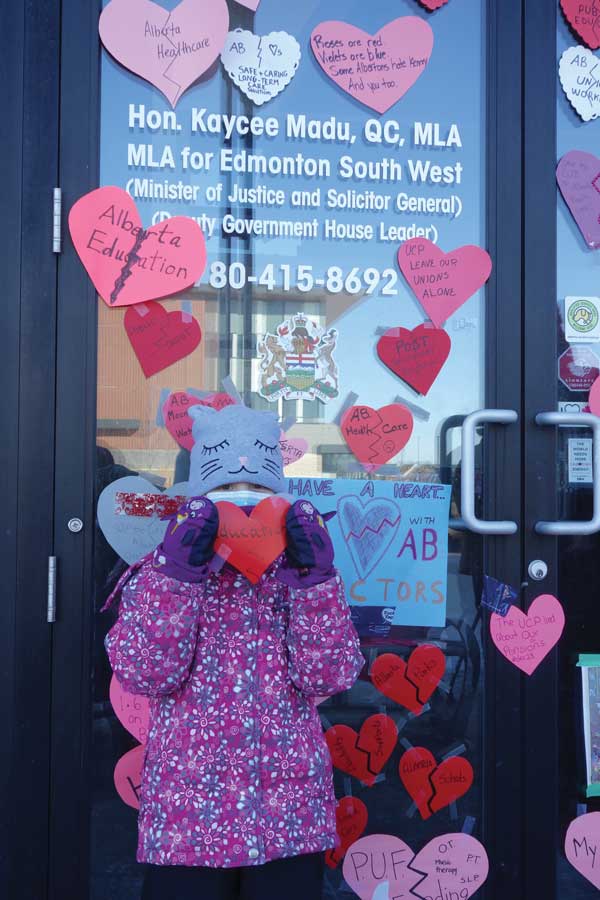 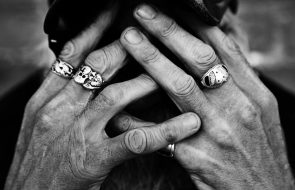 Cordeiro wanders Edmonton’s roads, alleys and river valley, documenting stories of the less fortunate and showcasing a range of colour, race, gender, disability, sexual orientation, creed and migration status. He only photographs people whose trust he earns. See more of his work on Humans of Edmonton Experience’s Facebook page.

WorkSpace Canada “examines the individual choices people make in a society where most of us are bound to gainful employment.” Weinhold has taken 4,000 photographs from across Canada for this project, all of them shot in black and white. Many have been purchased by Library and Archives Canada. The photos ... 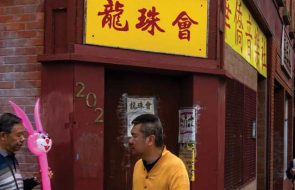