Fred Wrona was appointed Chief Scientist and Assistant Deputy Minister at Alberta Environment and Parks in April 2016. His role is to provide scientific oversight of the province’s environmental monitoring and reporting systems, and to communicate scientific information to Albertans and the minister. Monitoring was previously carried out by an arms-length agency—Alberta Environmental Monitoring, Evaluation and Reporting Agency (AEMERA), established by the PC government in 2014—where Wrona was also lead scientist. Born and raised in Calgary, he got his Ph.D. in aquatic ecology from the University of Calgary. He has taught at several universities, including U of C, and was for many years a senior adviser with Environment Canada, working on issues such as climate change and oil sands monitoring.

AV: What does a chief scientist do?

On behalf of the government I’m a champion of science, of research and the role of evidence in informing the decision-making processes of government. I provide scientific advice to address very complex issues, either myself, or I will tap into the best available expertise in this province, or if need be nationally or internationally. The government only has a certain capacity to do this kind of work—a lot resides in our academic institutions; some of it resides in the private sector—so my role is to help build scientific credibility and excellence through networking and collaborating with the right organizations and institutions.

I actually wear two hats. I’m the chief scientist, but I’m also the assistant deputy minister of the monitoring system that has moved back into government again. So I have a cadre of scientists in research and science and monitoring divisions that report to me, doing the actual boots in the field analyses and monitoring, working in collaboration with other monitoring agencies and groups in Alberta or the federal government. Under the legislation, I have a public reporting schedule—on the state of the environment, state of watersheds, airsheds. We’re responsible for producing those data and having those indices reported to Albertans. I’m also to ensure that this information meets rigorous ethical and scientific standards. I’m looking at developing codes of ethics and conduct like other professional associations’. And then the other very important thing that attracted me to this position is I have two independent advisory panels that by legislation report to me and the minister. The first panel consists of conventional, Western-trained scientists. I use their knowledge and experience to help strategically advise us about: Are we on track? Are we off track? Equal with that we have an Indigenous wisdom advisory panel. So this is the braiding and weaving of Indigenous knowledge systems with Western science to inform what we know about impacts, about potential directions for improvement using Indigenous and local indicators in addition to Western or conventional science indicators to better inform what we’re doing on the landscape and with Indigenous communities.

AV: You’ve said it’s important to make data public. Can you discuss that?

A key element of what I’m doing is having peer-reviewed literature backing what we do. It’s another form of building credibility in the science community. One of the main things I’m working very hard on is a commitment to making the data public, open and authoritative so that it’s not disputed. If you go back to why AEMERA was set up [officially established in 2014], the monitoring, evaluation and reporting systems we had here were insufficient and not necessarily credible; they weren’t open, weren’t transparent. I’m bringing those standards and quality assurances to the table to say this is how we have to change our systems.

AV: What’s happening with monitoring in the oil sands region?

A new memorandum of understanding was federally–provincially signed by the two ministers in December [2017] to renew the oil sands monitoring program. They made a commitment to formally engage Indigenous and Metis communities in the design and implementation—so, building capacity in those communities to help do the monitoring and be at the table for the results. Industry will be there. The Alberta Energy Regulator will be there. That program is, really, testing and assessing: Do the current regulatory frameworks protect the ambient environment in that region from cumulative effects of oil sands development? If not, or we have hot spots we need to deal with, the monitoring system must have sufficient adaptability and quickness to provide that data, and we have to react to it. What we’re trying to do is improve that system. It’s not there yet.

AV: What do you need to get there?

Well, in that area it’s not only federal and provincial government scientists doing the monitoring, we’ve got academics involved and the regional monitoring associations. We’re trying to get the Indigenous communities more directly involved in that monitoring network; a variety of different players. At the moment it’s resourced through the oil sands approval processes, where industry is putting in $50-million a year to basically run the monitoring system, and we’re leveraging other work, including government investments and academic research studies. We’re using significant resources.

AV: Industry employs many scientists. Can you tap into industry expertise and still maintain public trust?

I’m glad you pointed that out—industry does a lot of monitoring. The distinction I’m making is in the oil sands they have a footprint—within a fence line. The ambient environment is outside of this fence line condition—the river systems, the forests, the air systems beyond where industry is. Industry does a significant amount of monitoring within the fence line, and that data goes to the regulator, and we’re working on getting those data also available to [feed into] what we’re trying to do here.… Industry is with us at the table. But they’re not the ones out doing the monitoring on the landscape in terms of ambient monitoring. For that we have the oil sands monitoring program. We’re developing an oversight process so that we have First Nations at the table, the regulator, governments at the table—industry are one of the groups and they do bring information, but they don’t oversee the monitoring.

That’s through this oil sands monitoring program jointly managed between myself—in my role as chief scientist, as a program lead—and I have a federal counterpart, the deputy minister of science and technology, who is a program co-lead with me. Ultimately we report to the provincial and federal ministers. Government has the responsibility to oversee this monitoring. I play an important role as chief scientist, and the scientists in my program are part of that. I have an oversight function but we’re not the only ones delivering on it.

AV: You’ll be delivering a state-of-the-environment report for the oil sands?

We’re hoping to release a comprehensive set of reports on water quality, quantity and ecosystem health, about six to eight major reports based on the monitoring done since 2012, pulling all that together. Then we’re going to have other reports we’re commissioning—on biodiversity in the area, on air quality. A lot of technical reports have been produced already in peer-reviewed publications. The challenge we have, and the other role that I have as chief scientist, is knowledge translation to the public. That’s a major gap. I mean, I can produce a paper that six other people in the world that work in my discipline might enjoy and say is great science. What’s important is to make that relevant to dealing with the “So what?” question from the public. We’re hiring science writers to help. That’s a very high priority for me because that’s often where science fails.

AV: Your office released a report on the Castle region. It stated that limiting human activities would “improve the condition of headwater streams.” Should resource development be limited in other, similar areas?

My role is to provide credible information to inform the discourse and the dialogue about what potential impacts were or are or are projected to be in relation to potential scenarios on the landscape. You need good baseline information to compare to and you need good systems to be in place to continue to monitor. [But] as chief scientist I don’t identify the public interest. My role is to uphold the credibility of the science and to deliver information to the public. The public and stakeholders or others are always going to come up with issues they want information on. So one of the things I do look at is: Where do we have gaps in our monitoring and evaluation programs relative to other jurisdictions or emerging areas? Do we have information on something that’s going to, from a government and a public point of view, bite us because we haven’t been paying attention? I want us to be proactive, ahead of the game. You don’t want to be crossing a threshold or a tipping point in a system and saying “Why didn’t we do the following?” We want to inform management actions before that occurs. 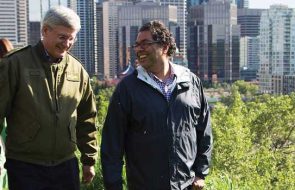 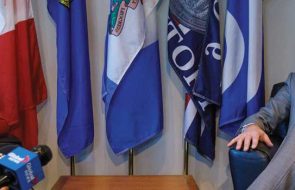 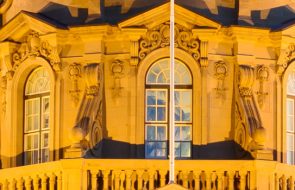