The Shuswap country in British Columbia is a unique place. Among the houseboats, costly beachfront condos, fruit stands and highway attractions are old, humidity-warped country homes tucked in off secondary highways, thick with orchards and retirees. That juxtaposition winds its way through Kevin Holowack’s debut novel, Light on a Part of the Field, in ways strange and illuminating—fitting for a novel both haunting and melancholy, loving and transcendent.

The novel opens in the late ’70s, at an old farmhouse near Salmon Arm. Ruth and her daughters, Ami and Gayle, live a quiet life, one marked by loss. Ruth spends her time painting, while elder daughter Gayle itches for something beyond the pastoral. An opportunity to escape comes in the presence of a young drifter who draws Gayle away to Edmonton. The couple are soon faced with the realities of eking out a living on minimum wage, with the charms of the city quickly wearing off as they experience their first winter in a chilly basement suite.

Meanwhile, at home, Ruth rummages through the belongings of her missing husband, Al, whose disappearance has marked the family with unresolved grief. In chapters looking back at Ruth and Al’s marriage, we see Al, an eccentric poet and professor (considered “a kook” by those less charitable) become increasingly more unstable as the years tick by. Ruth believes Al’s breakdown resulted from a freak event where the couple are struck by lightning, followed by a serious car crash. As Holowack writes, “The scars slowly seal and become part of him, but the burn always looks to her like an intruder.” It is as if he has returned from the land of the dead, leaving something indelible of himself behind, or perhaps bringing something back.

“Struck by lightning”: sounds like a deus ex machina, but in the context of the novel’s themes (creative sparks and inspiration) it is representative of the ways trauma can manifest in the body and mind—sometimes as an accumulation of events and sometimes from something catastrophic. Similar events can affect people in wildly divergent ways. Trauma, we know, manifests through the generations, wending its way through our experiences, our genes and our tissues. Holowack has an empathetic understanding of  this, and though the novel is full of earthy, magical details, it remains rooted in the realities of Ruth and Gayle’s trials.

Holowack has crafted an excellent novel, precise in language but wide in scope, blending narrative with absorbing, essayistic passages on the nature of prose, philosophy and spirituality. A bolt of lightning might hit us at any time. The real mystery is what keeps us going, despite the fear of what might be lurking hidden and unknown in the clouds.

—Bryn Evans is a writer and social worker in Calgary. 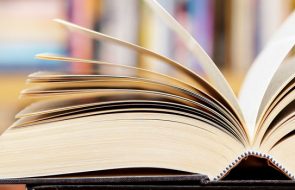 All The Rage: A Partial Memoir in Two Acts and a Prologue