AV: You’re one of only two remaining MLAs from the Klein era.

Yeah, I’ve actually seen six premiers. From 2004 until 2015 was quite an unstable government situation. They were changing ministers and premiers regularly. They [the PCs] spent more time fighting each other and having leadership races than actually governing and making decisions.

AV: Is Alberta politics more polarized now than back then?

The PCs governed on the presumption they would be there forever. A lot of Conservatives still feel resentful about the fact they’re not governing forever. I think that’s part of the reason for the sense of polarization and animosity pervading the political scene right now.

AV: It seems the ideological battles are most pronounced in education.

Well, to some degree. The opposition is creating battle lines using strategies reminiscent of US adversarial politics, Trump-style politics—you know, attacking things that are, quite frankly, not even there. We’re creating a new curriculum focused on language and basic math skills, and the opposition has chosen to conflate curriculum with something completely different.

AV: For you, how is it different being in government than in opposition?

Governing is a considerable responsibility. For me, there was such a deficit in terms of building schools, I had to put on my hard hat and literally finance and start 244 school projects, of which we’ve completed 169 to date. In principle I still take the same approach philosophically—create an equitable, fair and just society, with education as the strongest mechanism by which to achieve that. Create opportunities for young people regardless of their socio-economic position, where they live. So in that sense I haven’t changed; my scope has just gotten a whole lot bigger.

Yeah, pretty much. We had empty fields with pictures of schools in them—and sometimes after a few years even the pictures fell down. Alberta has Canada’s youngest population and the strongest enrolment growth. You’ve got to look past this economic downturn to the longer game, where we see a very young population with kids that need schools. The previous government wasn’t just not building schools; they weren’t financing the ones they’d promised in the months before the 2015 election. And most of the schools we built are for lower grades. Guess what? These kids will need high school space. So we’ll need more schools. If you want an educated population that can help diversify and create prosperity for our province, then you need to make those investments.

AV: Some 80 per cent of Alberta K–3 classes are larger than provincial guidelines recommend. Beyond building schools, what are you doing about this?

I taught for 20 years; class sizes impact both the quality of the classroom experience and the results. I’ve taken all the Auditor General’s recommendations to ensure we’re accounting for the monies we use to reduce class sizes—$297-million last year. I’ve demanded that school boards give us a full account of how they’re spending that money. And I attached a caveat to the classroom improvement fund—it must be used to hire teachers and support staff.
AV: Why do we have recommended class sizes instead of hard caps?

To allow for variation. In rural areas, say, it’s difficult to work with a hard cap. I’ve studied this from across the country, and hard caps haven’t necessarily resulted in improvements in graduation or in assessment. But they cost a lot of money. So we should target reducing class sizes in the younger grades, where it pays the biggest dividends, and have a full accounting of those monies.

AV: Why are you overhauling the entire K–12 curriculum?

Some curriculum areas were more than 30 years old—there was an obvious need to improve mathematics, numeracy, language and critical thinking skills, with computational thinking as a foundational element. We’re making sure to follow skill development at each grade level, but between subject areas as well, so that you can approach the concept of, say, financial literacy through math but also through social studies and other subjects, so that you reinforce fundamental ideas.

AV: Jason Kenney says your curriculum reflects socialist ideology and is being made in secret. How do you respond?

I find it very disappointing that Kenney is playing politics with curriculum. We’ve had the biggest interaction with the public that Education has ever seen—literally thousands of people gave us constructive feedback on curriculum and what their expectations are. The draft K–4 curriculum is up for anybody to see. It was created in a very public way. We’re getting very positive results.
AV: What’s the fairest criticism Kenney has made of how your government has gone about updating curriculum?

I’d advise you to ask him what his best ideas are for education, because so far I find them completely wanting. Look, we had a lot of constructive criticism as we put out drafts, and we made revisions. I knew instinctively, as a teacher and a parent, that we needed to strengthen fundamental math skills so that kids can do mental math, math without calculators, that sort of thing. We made adjustments around that—a result of constructive criticism from experts in the field and people with kids in school. But I refuse to engage with “secret curriculum” conspiracy theories.

It’s important to have an honest discussion. Our energy industry is the foundation of our economy and will be for generations. We’re world leaders in various forms of energy. Many of our students will work in the industry, and we want to be sure they see the full landscape. Climate change is real. All energy companies in Alberta acknowledge this in their corporate strategy. It’s not an either-or issue. To move to a more diverse economy, we need a strong traditional energy industry. That’s why we fight for pipelines, invest in upgrading and look to diversify into renewables. All of this must be reflected in the curriculum without any distortion of reality. Kids are smart. A curriculum that reflects what’s top of mind to them helps to nurture curiosity and build confidence, which is the precursor of good learning.
AV: Pre-2015 the NDP opposed public funding for private schools, but in government you’ve continued to fund Alberta’s private schools. Why?

Well, it’s important to have different choices available and to respect parents’ choice for education. We’ve looked for stability in our education system and in our society generally and I recognize the importance of the diversity we have—public, separate, private, charters, home schooling. Together it’s a strong system. And, if nothing else, I need that capacity. Enrolment continues to grow.

AV: What would you say to someone who’s surprised that a party committed to social justice would defend private schools receiving public funds?

I’d say it’s important to create a sense of surety. And, again, I need that capacity. Let’s also not forget that a lot of private schools—it’s not like they’re elite. They provide specific special needs for kids.
AV: In 2018 we learned some Alberta schools use seclusion rooms and even restraints to discipline special needs students; you called this unacceptable. Are schools still using these methods?

I convened an expert panel on this issue and I expect results soon. Clearly we need regulation on seclusion rooms. Some regions use them a lot more than others. That tells me they’re being used for different reasons. We need a coherent policy that ensures kids and workers alike are safe. It’s not easy—but I do wonder why nothing was done for so many years.

AV: Some parents argue Alberta’s education system subjects special needs children to the “soft bigotry of low expectations.” How do you respond?

The principle of inclusion is that students must have the same standard of rigour and expectation to progress in a positive way. I know there’s room for improvement. I’ve seen this in our schools. The key is to provide proper training and staffing for inclusive education. This costs money, and we’re not afraid to make those investments, as my track record shows. You don’t improve inclusive education and special needs education by making cuts. As a teacher myself, I know that inclusion without supports has a negative impact for the classroom. And you can’t just talk about these things. You need to build supports into your budget. As we move on in my second term as minister, I hope to pursue these things. 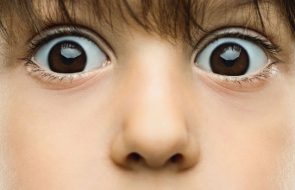 Jason Kenney arrived in Alberta provincial politics with a laser focus on reforming K–12 education, and one of his primary targets was curriculum—what students learn in school. During the first annual general meeting of the United Conservative Party in 2018, Kenney announced: “If the NDP tries to smuggle more of their ...

Canada has too many disengaged citizens. Voter turnout is the simplest measure of this. For federal and provincial elections over the past decade, one-third of us have simply skipped out entirely. For city elections, the numbers are twice as bad—two-thirds of voters don’t bother to participate. But this is using the ...

University of Calgary president Elizabeth Cannon seemed troubled in 2012 at delays in implementing her school’s new collaboration with Enbridge. A year had passed since the energy giant had pledged $2.25-million over 10 years for the university’s new Enbridge Centre for Corporate Sustainability. Cannon wrote to the dean of the ...