My experience of Aboriginal Education

My interest in Aboriginal education goes back to my childhood. I was born and raised in a Mennonite community in rural Saskatchewan near the town of Duck Lake. Many of our neighbours were Métis and non-status Indians, and this provided me with the base for a lifelong interest in indigenous cultures. My siblings and I attended a one-room school of 42 students, which included our Native peers. Sometimes we were brought up short by our obvious cultural differences, but sometimes we overcame them—one of my cousins married a status individual and became by law an Aboriginal.

I was fortunate to be able to pursue my interest in indigenous studies more formally when I took up an academic position in the faculty of Education at the University of Calgary in 1967. The following year, a colleague and I approached the department chair to develop a course on Native education. The chair said there was no such field but that we could teach the course on Saturdays for no pay. After four years, due to rapidly rising enrolment, the course was officially recognized. More than 40 years passed, however, before the faculty mandated a half course in Native education for all would-be teachers.

My wife, Virginia, and I have since taught Native education in two faculties, focusing on fundamentals. To begin with, few students—and few Canadians—know about Canada’s 600 culturally unique Aboriginal nations, living in six distinct cultural areas—Eastern Maritime, Woodlands, Plains, Plateau, West Coast and Northern. Our students learn a vast array of historical, legal and political realities, many of them entangled in legally defined categories such as Status Treaty, Status Non-Treaty, non-Status non-Treaty and Métis Aboriginals. Many First Nations communities in BC and Quebec did not sign away their historical lands through treaties. This has recently given rise to a large number of land claims.
Education is my primary concern. In the course, we emphasize the nature of traditional First Nations education, which was and often still is based on modelling, apprenticeship and storytelling. Four kinds of elders play an important role in all three processes—holistic healers; those authorized to perform sacred rituals and ceremonies; counsellors; and storytellers respected for their ability to share their vast cultural knowledge.

Working in indigenous settings is a perpetual learning experience. In 1986 the late Chief John Snow, long-time leader of the Wesley Band of the Stoney Nakoda Nation, invited my wife and me to minister at Morley United Church. I serve as pastor, and Virginia is the director of Christian education. Always strongly supportive of our efforts, Chief Snow served as a wonderful mentor on Aboriginal ways until his death in 2006. The privilege of working with the Stoney people has offered us an opportunity to enhance the nature of our teaching in the field of Native education. We have supplemented our Stoney experiences with numerous visits to Plains First Nations communities from Alberta and Saskatchewan down south all the way to Texas. Staff at the Comanche headquarters awarded us with a licence tag for our car: “Comanche Nation: Lords of the Plains.”

Under half of all First Nations adults in Alberta have a high-school certificate. This rate is well below that of the general population.

When it comes to education outcomes, however, Aboriginals are well behind other Albertans. Just under half of all adult First Nations people in Alberta (44 per cent) have a high-school certificate. This graduation rate is well below that of the general population (75 per cent), and the Aboriginal dropout rate of 11 per cent is twice the provincial average.

In October 2013 more than 40 literacy experts gathered in Banff to make recommendations to improve Aboriginal literacy across Canada. A report in support of the initiative estimated that as many as 60 per cent of Aboriginals do not have the literacy skills necessary to fully participate in today’s society.

My teaching has convinced me that the first challenge facing Canadians is to become better informed about Aboriginal history and culture.

Alberta Education indicates that Aboriginal student achievement is lower than that of non-Aboriginal students, though gradually improving. In a Memorandum of Understanding for First Nation Education in Alberta (MOU), a 2010 agreement between the Assembly of Treaty Chiefs in Alberta and the governments of Alberta and Canada, the parties say they “hold a common vision… wherein First Nations students are achieving or exceeding the full educational outcomes, levels and successes of all other Alberta students.”

Change requires, first of all, understanding the factors that contribute to the problem. Researchers have identified many factors that account for low Aboriginal student achievement, including racism, poor educational leadership, insufficient school and community support such as tutoring and social activities, impersonal education environments, failure to establish a cultural context, low teacher expectations, lack of positive neighbourhood influences, negative peer pressure and instruction that isn’t aligned with student needs.

Half of Status Aboriginal children in Canada live below the poverty line. A report by Citizens for Public Justice notes that the poverty rate for off-reserve Aboriginal peoples in 2010 reached 15 per cent, compared to 9 per cent for all Canadians. Poverty and a host of allied conditions correlate negatively with educational achievement.

In addition, for a substantial number of Aboriginal peoples on and off reserves, life is fraught with danger and hopelessness. Suicide rates, especially among young Aboriginals (15–34 years), far exceed the Canadian average. But not even these factors fully capture the challenge facing Aboriginal education in Alberta.

Aboriginal educational outcomes must be understood in the context of the vast gap between traditional indigenous worldviews and those imported from Europe, and how these belief systems differ in their approaches to teaching and learning. Traditionally, the Plains First Nations of Western Canada held in common seven distinct metaphysically based beliefs: respect for the universe, interconnectedness of all living things, the virtue of being, comprehensive kinfolk obligations, sharing, supremacy of community goals, and decision-making by consensus.

Respect for the universe requires reverence for the basic rhythms of Mother Nature. Individuals and societies who work within the realm of opportunity bestowed upon humankind by the Creator, namely the workings of nature, will prosper and be blessed. Students are taught to seek harmony with the workings of nature and not to seek to exploit them.

Even today, in many Aboriginal communities, family and kinfolk obligations have priority over all other obligations—including employment, schooling, government responsibilities and general maintenance of all types. If a family member becomes terminally ill, everything else comes to a halt. That individual can count on someone from the family to be at their bedside until they pass on.
Interconnectedness means that all living things are interdependent—humans, wildlife and earthly processes. The principle of respect for all people and indeed all beings (including the Earth, which is considered to be alive) was developed from practical experience. It requires co-operation among all parties in the community.

To value “being” instead of “doing” means to experience the moment without any thought of what might happen next. The late Cree elder Joseph Couture called this phenomenon “living in the perennial now.” After all, in an unpredictable world “the moment” is the only sure thing; nothing else is guaranteed.

Traditionally, Canada’s First Nations believed that those who possessed or had access to resources were expected to use those resources to assist others. People welcomed the opportunity to share.

John W. Friesen is a professor in the Werklund School of Education, University of Calgary. 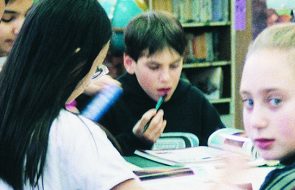 The Klein revolution began with high hopes and all  the subtlety of the Jerry Springer Show. Bombast and in-your-face marketing were “in,” supplied courtesy of much of North America’s fawning corporate media. A retrofitted Ralph Klein was touted  as just the man to enact smaller government, balanced budgets, and market-based ... 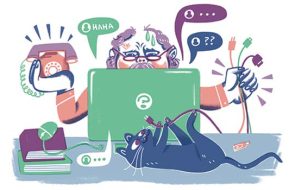 University labs and classrooms became participants themselves in a massive natural experiment during the pandemic. COVID-19 remade university life, forcing students and professors to retreat from their cavernous lecture halls and beaker-filled laboratories to much smaller—and often makeshift—study and teaching spaces in their homes. The withdrawal was abrupt and deviated sharply ... 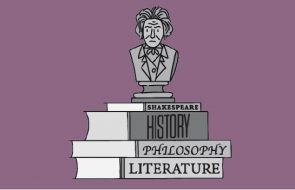 Should All University Students Take Some Liberal Arts?

Shelly Wismath, the Dean of the School of Liberal Education at the University of Lethbridge, says yes. The term "liberal arts" comes from the Latin liber, meaning free, and originally described the education given to free Roman citizens as preparation to participate in the running of their city-state. The original seven ...