The Alberta PCs say they rank family values as one of their top principles, yet many families are left out of their social policies. Are we doing all we can to support the families that need the most help?

Family day is a unique holiday. So much so, that Alberta is the only province in the country that has legislated a specific day in the year to celebrate the institution of the family. The third Monday of every February is meant to remind Albertans to recognize the traditional familial values held by the province’s pioneers.

The Statement of Principles of the Alberta Progressive Conservatives says, “The family is paramount in the development of social responsibility and a sense of self-worth. The family, as defined by its individual members, is of vital importance to our communities.” However, many of the Klein government’s policies do not address the needs and variety of Alberta’s families, and do not allow families to define themselves. While the Progressive Conservatives pay lip service to families and their importance, the current government has not supported those statements with policies to strengthen Alberta’s families.

Funding programs are flawed because provincial policies are biased against certain Alberta families, including those on Aboriginal reserves and those with disabilities. Sometimes the government doesn’t even attempt to hide its prejudices. The province’s adamant stand against same-sex marriage, and Klein’s repeated threats to invoke the notwithstanding clause, clearly do not allow same-sex-couple families to be “defined by their individual members.” Klein’s position reveals a hypocritical truth: Alberta supports only a particular kind of family.

Despite an increase in the number of people living alone (in 2001, 23 per cent of Alberta households were single people) the majority of us still live in family arrangements of one form or another, whether that be married or common-law couples, parents with children, or single-parent families. Families are changing and our social policies need to support the new reality of family life. They also need to account for the effect on families of a broad range of policies including not only family services but also education, child care and health.

Perhaps the most serious disconnect between the Klein government’s claims about their support for families and the reality can be found on Aboriginal reserves. According to the 2001 census, 156,220 Albertans identified themselves as Aboriginal, of which 37,495 lived on reserves. In the Hobbema area, there has long been a tug-of-war between local Aboriginal bands and the provincial government when it comes to funding family-based programs and counselling centres for families in crisis. What’s needed, contend family experts, is a new system to help individual family members and link them to supports capable of offering relevant counselling for victims of domestic abuse or those with addictions.

“There are some ‘family centres’ [in  Hobbema],  but you really need a trained family  therapist  who’s familiar with Aboriginal issues,” says Jan Gordon, president of the Canadian Registry for Marriage and Family Therapy. She notes the provincial government’s funding arm for Aboriginal family programs in Alberta is often restrictive and doesn’t provide services from professionals, such as emerging family therapists, who may be helpful in family crises. Without access to comprehensive services, families on reserves struggle.

Accessibility is also a problem for Alberta families with members with a disability. The government has funnelled provincial dollars into Assured Income for the Severely Handicapped, or AISH, and plans to pour $488-million into the program this year for Albertans who are over 18 and have a permanent physical, sensory, mental or developmental disability. However, classifying AISH as a disability issue, rather than a family issue, overlooks the fact that families must pick up where government programs end.

Even the toughest Klein critics say AISH funds have helped those with disabilities fare better now compared to 30 years ago, before the program existed. But when you break down AISH’s big-budget figure, you see that only a small percentage trickles down to each recipient. The government recently agreed to bump AISH’s maximum monthly payouts to $1,000 (from $850). But the benefit is still not indexed to inflation. For an entire decade, AISH benefits increased by only 4.9 per cent, while the rate of inflation was more than 20 per cent, according to Tracie Matthiessen, coordinator for the Alberta Disabilities Forum, an Edmonton-based organization representing 35 not-for-  profits that help Albertans with disabilities. Beginning in 2007, a government committee is scheduled to conduct biannual reviews of the benefit rate. However, Matthiessen notes, the review process “does not confirm the AISH benefit will increase.”

Imagine a woman with Down’s syndrome who lives in a small town such as Redwater, for example. Her monthly AISH income, even if raised to the maximum allowable, will still leave her below the national poverty line. Everything from groceries to medications climbs in price, while her AISH payments remain stuck at the same level. Even if disabled couples who are cohabiting or married combine their monthly AISH benefits, they still fall below Canada’s poverty line. And these are best-case scenarios calculated for AISH recipients who qualify for maximum benefits—many are not eligible for that amount, Matthiessen says. Making up the shortfall often falls to the families of people with disabilities.

Deana Simkin’s 20-year- old daughter collects AISH, but lives at home because she “has the mentality of a five- year-old,” Simkin says. Her daughter grew up with provincially paid support services that provided mental and physical stimulation. However, even though the provincial PCs contend that family members should define their own family, “once your kid turns into an adult—chronologically—it’s all left up to you,” Simkin says. No wonder so many parents become frustrated at the province and overwhelmed the moment their son or daughter turns 18; it’s not necessarily about the dollar change in funding—it’s what that funding can be used for. Many developmental programs cater to children and not adults, even if they still mentally function much as children. A child like Simkin’s daughter, for example, may be considered an adult at 18, but developmentally she is not. Simkin says the current AISH funding isn’t enough to pay for the day programs her daughter needs to develop further. Instead, she attends a vocational program where she works on an assembly line, packaging plastic forks and spoons with salt and pepper.

Parents who have children with an “invisible,” or non- physical, disability also encounter obstacles with Alberta’s family policies. Over 40 per cent of families with a special-needs child experience financial burden due to associated care costs. Many fear their funding could be pulled if they openly criticize the government, which is why none of the families interviewed wanted their last name divulged.

Clare’s 14-year-old son has autism spectrum disorder and attends a special-needs class at a junior high school in Calgary. She says she believes “you can’t depend on the government for everything.” However, she and other parents have signed cost- sharing agreements with the government to pay for programs the families simply can’t afford on their own. Clare relies on provincial funding for a 10-hour-a-week, speech-based behavioural modification therapy for her son, then pays out of pocket for therapeutic equipment and supplies and after- school enrichment programs. “If you have normal kids, you have a choice not to send them to hockey,” says Clare. “But this therapy is absolutely necessary for him.”

Given the complexities of taking care of a child with a disability, many parents reduce their workloads, or quit their jobs altogether, to ensure their child is looked after when he or she is not in school. Clare and her husband took salary cuts so that they could work part time and ensure someone would be home after school for their son.

“It’s really a full-time job,” noted one mother, after returning from an emergency trip to the hospital with her daughter. She quit her job to wade through psychological assessments, funding applications and the medical system—and to become a lifelong advocate for her daughter.

Marginalized parents are not the only ones being adversely affected by Alberta’s policies. Surely a government that espouses support for the family would maintain the highest standards of parental leave. But Alberta is the only province that entitles mothers to just 15 weeks of maternity leave. Women in the rest of the country receive at least 17 weeks. When you look at the combined maternity leave and parental leave, Alberta again falls behind. This province is one of three, along with New Brunswick and PEI, which give only 52 weeks of joint maternity and parental leave. Families in Saskatchewan, for example, are eligible for up to 89 weeks of parental leave between two parents. Alberta and Nova Scotia are also the only two provinces that require parents to work for their respective employers for a full 12 months before they become eligible for maternity or parental leave. British Columbia, New Brunswick and Québec do not require any specific period of continuous employment for maternity leave eligibility.

In Alberta, despite the rhetoric, it is not families that come first. Progressive Conservatives mouth platitudes about the importance of the family to Alberta while working against the strength of the institution they claim to value. 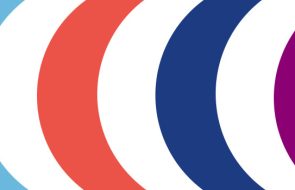 Our society helps individuals and families in need through income support, part of a larger system of social assistance. The program was in the past sometimes referred to as “welfare.” “Welfare” took on a pejorative meaning that didn’t do justice to the program’s purpose or approach: that the whole of society ... 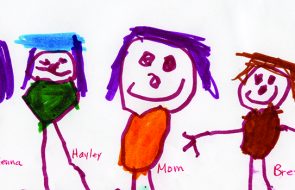 Family day is a unique holiday. So much so, that Alberta is the only province in the country that has legislated a specific day in the year to celebrate the institution of the family. The third Monday of every February is meant to remind Albertans to recognize the traditional familial ...