Variety isn't just the "spice of life" - it's the foundation upon which we thrive.

In 1950s rural Alberta, streams, lakes, forests and meadows teemed with biodiversity. It was paradise for kids. Spring, summer and fall; barefoot, grubby and largely unsupervised, we caught frogs on the edge of the slough. We biked to the river, where spawning suckers clogged the mouth of a creek. Even the most clumsy of us could scoop one out with bare hands. In deep pants pockets, along with pebbles and string, boys and girls alike kept matches. Over an open fire built on a gravel bar, we roasted freshly caught fish.

The trees were noisy with birds, then. The world coloured by a kaleidoscope of flowers. In spring, hillsides were covered with prairie crocus blue. Waterways were rimmed with the white froth of berry blossoms. Wetlands glowed yellow with marsh marigold and grasslands with buffalo bean. Purple shooting stars and pink wild rose came next. Later in the summer, tiger lilies painted meadows brilliant orange as far as the eye could see.

I took the biological variability of nature’s playground for granted, because it had changed little since the 1920s, when my father had enjoyed the same kind of childhood. The term “biodiversity” would not enter the common lexicon for another 30 years, but as a child, I knew what it felt like.

I encountered the first hint of what humans could do to biodiversity from reading and rereading my two favourite childhood novels, Freckles and Girl of the Limberlost. But the wetlands of Indiana were a universe removed from the vigorous wildlife in sloughs and creeks beyond my back door. Until the advent of Salt & Wilk, all I knew about the natural environment came from personal and family observation.

I remember clearly the summer of 1958, when copies of The Birds of Alberta by Salt & Wilk came to town—distributed by a crackpot politician, if my father (no friend of the Social Credit government) were to be believed. It didn’t stop him from accepting a copy, which held a prominent place for the next 30 years on my parents’ small bookshelf, along with the sainted Encyclopedia Britannica.

Revelations awakened in me by Salt & Wilk were endless. They added to what I already knew about what birds ate, where they nested, how many eggs they laid. They explained where birds went for the winter. So much delicious information! It didn’t take long before I craved details about plants, fish, butterflies and water bugs in my world. My place in the natural landscape was secure. As it had been, so would it always be.

I was in high school when a copy of Rachel Carson’s Silent Spring came into our house, possibly through my mother’s subscription to the Book of the Month Club. I was stunned by what I read there. I examined my parents’ arsenal of garden chemicals and was only slightly comforted to discover mostly pre-Second World War rotenone, pyrethrum and nicotine sulphate, because it also contained deadly DDT.

The pesticides and fertilizers that eroded biodiversity from the end of the Second World War onward got a slow start in rural Alberta, but by the time my children were born, those chemicals had become accepted as necessary. Not much changed in rural Alberta from my parents’ childhood to mine, but the change in biodiversity from mine to that of my children was immense; from mine to that of my grandchildren, colossal.

Variety isn’t just the “spice of life”; it’s the foundation upon which we all thrive. Biodiversity means everything. For any landscape to be resilient enough to survive change, it must have an intermingling of ecosystems, species and genetic diversity. The declaration that biodiversity means everything emerges out of that environmental jargon. The deep and enduring belief in that statement is rooted in childhood memories.

In a world of rapidly declining biodiversity, we lose economically in ways still debated. We lose emotionally and spiritually in ways still to be explored. Worst of all, human existence is at stake, and because that fact is such a hard sell, it may seem we are without hope.

In spite of where we seem to be headed, I have hope. My hope for the future is embedded in the diminishing commitment to monoculture; the fresh ideas of regenerative agriculture; the resurgence in interest in the biodiversity of soil; and in the rising popularity with young people of urban agriculture, food forests and beekeeping. Their kids will have nature-rich childhoods. Biodiversity will prevail. 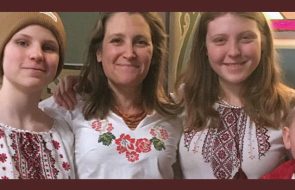 Not a White-Bread Childhood

Toronto freelance portrait photographer Markian Lozowchuk (disclosure: his mother and I are second cousins) has photographed Justin Trudeau for Toronto Life and Margaret Atwood for Maclean’s, but his editorial shoot of Chrystia Freeland for Toronto Life in 2017, including the cover, was “the most memorable shoot I’ve done.” Even three ... 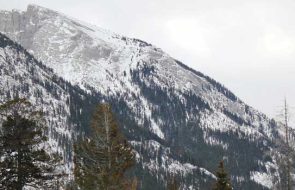 In August 2019 the government of Alberta invited me to join the 16-person board of governors at the Banff Centre for an initial three-year term. I had applied through normal channels, was vetted, and was grateful for the appointment to this volunteer role at a place I knew well and cared ... 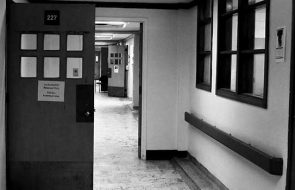 “It’s no longer a mental hospital”

"Hello, 911. What is your emergency?” “I’m at the St. Albert Inn and I think someone has poisoned me.” “We’ll send someone right away.” I hadn’t been poisoned. I had just spent the night in a hotel room after taking cabs all over town, causing all kinds of “disturbances.” One of them was going ...