When I was offered the Director of Correspondence job in Premier Notley’s office in June 2015, the title triggered images of a quill pen and ink pot atop a Dickens-era desk. Reading the premier’s correspondence, however, quickly returned me to the modern age: Weekly stacks of hand-written letters paled next to hundreds of emails, social media and phone messages. Working with a team of 10, we read every one. We then determined what action to take.

The premier heard from all walks of life. Seniors concerned about healthcare, workers who’d lost jobs, students writing for an assignment, prisoners obsessing about their case. Many wrote that they had nowhere else to turn. Some writers were eager to update their premier on the latest internet conspiracy. Others were the political equivalent of hockey fans sitting behind the visitor’s bench, trash-talking to throw players off their game.

Some people wrote to give thanks, others had invitations or new products to share, some wanted to raise an issue or point of view and hoped to be persuasive. Many needed help navigating programs such as Workers’ Compensation or AISH. Some just wanted a phone number, while others required wholesale legislative change. A few wanted to get in the premier’s head and rattle her (as you’ll know if you ever ventured onto her Twitter feed). It didn’t matter the issue or circumstance, I read it—well over 100,000 points of correspondence in a year and a half.

If you want to write the premier, here are a few considerations.

Usually we only think to write a letter when we’re feeling big feelings. May I gently say, however, that the premier is not your therapist. Sure, write a draft that’s loud and explosive, process those feelings, but don’t send it yet. The most effective letters harnessed emotion and used it to make a point that led to a clear request. I remember a letter from a daughter whose mother had challenges with long-term care. It was a stirring letter—her emotion served to describe her experience—which finished with a very clear request for a transfer of care. I forwarded it with high priority to the health ministry, whose staff found a solution the daughter later wrote happily to us about.

The most effective letters harnessed emotion and used it to make a point that led to a clear request.

We often write to politicians when there’s a problem. A list of grievances is fine, but telling a succinct story, like the daughter did of her mother’s experience, is better. Such stories draw on readers’ heartstrings and often get passed along to decision-makers. Sometimes they’re included in speeches, reveal what the public doesn’t fully understand or where there’s been miscommunication or misinformation, or even help bring about wholesale policy change.

Having said that, consider adjusting your expectations. I know, I know. You’re writing the premier and you want it read by the premier. However, the volume of correspondence makes fielding all of it impossible. This doesn’t mean the premier won’t get your note—I had regular meetings with Premier Notley focused entirely on letters. She read those she personally responded to, as well as representative ones I collected for her weekly. Correspondence was often incorporated into her briefing materials when she travelled, so she could review locals’ concerns.

The truth is, while you want the premier to read your letter, it’s often more expedient when staff thoughtfully forward it—with instructions on priority—to those who can take action, meaning a deputy minister, executive director or frontline case worker. Do not underestimate the power of the Premier’s Office to initiate action on behalf of the Premier.

Now go ahead and contact the premier by mail, email or phone or on social media. One thing I can assure you: In the Notley era, someone would have read your message. 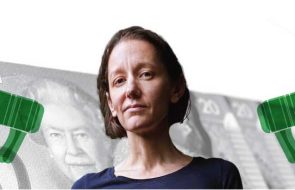 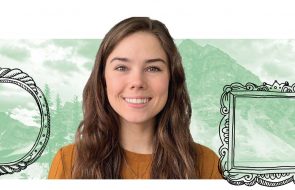 What do you get when you mix frustration, creative energy, an extra cup of coffee and a threat to our province’s protected areas? In my case, a team of artists defending Alberta parks with their paintbrushes. In March 2020 the Government of Alberta announced the removal of 164 parks and the closure ...