If you want a glimpse of criminal justice in Alberta, walk up to Courtroom 356 in Edmonton on a weekday morning. Once you go through the glass doors into the foyer, the air smells just a bit of stale alcohol and cigarettes, cloying through the air conditioning. You’ll see a bustle of sheriffs and RCMP officers in their sensible footwear and crisp uniforms, Crown witnesses who are fresh-faced and self-assured, and lawyers who slide through the crowd in gleaming heels and spotless suits. And then there are the masses of the criminally accused, most of whom are there because they do not have lawyers to appear on their behalf and are thus representing themselves. Screens beside the courtroom entrance scroll through their names, a testament to Canadian multiculturalism and its internal hierarchies. A roll of European surnames, a smattering of African ones, and then reams of Gladues and Poundmakers and Cardinals and Girouxes.

This past summer I volunteered with Elizabeth Fry Society, an organization that supports women and children, especially within the court system. (Elizabeth Fry was an 18th-century British Quaker who worked to reform prisons, particularly for women.) Every weekday morning, Elizabeth Fry assists duty counsel at courtrooms like 356. Duty counsel is a legal service available for all Albertans and, from my vantage, seems mainly to help the self-represented adjourn their cases until they can find a lawyer, usually either through Legal Aid or Student Legal Services, which both provide professional assistance to people who couldn’t otherwise afford it.

People on their first criminal charge are eligible for the alternative measures program, which allows, in exchange for a guilty plea, various options (e.g., community service, charitable donations, contemplative essay writing) to a criminal record. Some of the accused are eligible for mental health diversion or programs to address drug or alcohol addiction. Most people without lawyers don’t know that “the system” wants them legally represented and their underlying problems sorted out.

But at the courthouse, power is everywhere. The effect of power is seen in how the men show up for court with their pants dangling or flies undone. They have had to take off their belts to go through security downstairs, and they rushed, worried they’re going to be late for their “9 a.m.” appearance even though, really, they have all day. Too often the women appear in revealing clothes, transparent T-shirts, bright brassieres flashing through. They have neck tattoos and hand tattoos and face tattoos. Missing teeth. You don’t confuse the “self-reps” with lawyers.

Power is the security guard that follows the young Black man from the case management office on the main floor to the fourth-floor courtroom. When the young man comes to our desk, the guard tells him, loudly, to stop. The squeamishly white guard winks at my co-worker and me and says, “I need to keep an eye on this troublemaker.” We assign the “troublemaker” a chair at our desk, and the guard continues to stand watch, immediately behind us while we work, so close we can’t move our chairs back. He finally leaves once the youth goes in to see duty counsel.

When the kid re-emerges, he tells us that the guard bumped into him downstairs. He replied, he says, with a gay slur that he repeats so quietly I ask him to say it again. Of course, I think, that would make brittle stuff of the security guard’s ego.

Power is the all-in-black lawyer who comes to the duty counsel sign-in table and rustles through my pages to pull out my docket sheets, which list everyone appearing at the courtroom and their charges. These papers are available to anyone downstairs. Usually lawyers who need to consult my copy, kept in my file in front of me, ask before they start rooting through. Surprised, I look up at her and decide to ask if she would like to consult with duty counsel. She glares. “Um, no.”

Power is how the clients overshare, thinking that we are lawyers because we are nicely dressed and have file folders and listen. One man, Indigenous, shows up drunk and agitated, although previously I’d only seen him appear at courts sober and respectful. He still hasn’t found a lawyer. But he has his housing situation sorted, he insists, and he has started a new business. “It’s a rickshaw business. Or,” he pauses, “not actually a rickshaw. More of a couch on wheels.”

Those who work with the marginalized risk burnout. I don’t spend my life working with low-income criminal defendants, just a few hours a week, and the clients broadly don’t bother me. Even the man in his late 50s, movie-star suave with action hero sunglasses, who announces that he plans to plead not guilty. “So, you’d like to see duty counsel to enter a plea of not guilty?” my co-worker reiterates. I scan the man’s charges and they read like the wireframe for a Hollywood heist film: break and enter, possession stolen property, disqualified driving, dangerous driving, hit and run, impaired driving, refusal to stop for a peace officer, obstructing a peace officer.

“Well,” he announces in a conciliatory tone, “definitely some shit went down.”

Even the scruffy kid oozing pervy energy, who informs me that he’s seeking a publication ban on his sexual assault charges.

But this detail, the couch on wheels, glues itself to me. A couch is so heavy. How do you attach wheels to it? How do you make it roll? Who would ever want to ride on such a thing? Wouldn’t walking be faster? Later, I look at his charges, and they’re stupid—failure to appear in court, failure to show up for fingerprinting. That day, some passing lawyer takes pity on him and offers to ask for his adjournment for today. So he can find a lawyer. So he can sort his life out, find housing, get a job. So he can solve all his problems. Tomorrow.

—Jay Smith is an Edmonton-based writer and law student. 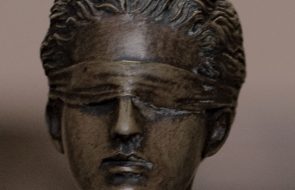 Blair Jason Hinkley, accused of aggravated sexual assault, was released from an Alberta prison in 2016 because the Crown took too long to bring the case to trial. Hinkley was then arrested again, in June 2017, and charged with assaulting another woman. In April 2018 the case of alleged murderer ... 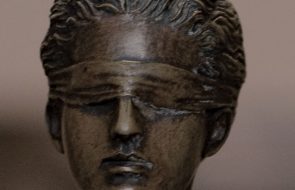 If you want a glimpse of criminal justice in Alberta, walk up to Courtroom 356 in Edmonton on a weekday morning. Once you go through the glass doors into the foyer, the air smells just a bit of stale alcohol and cigarettes, cloying through the air conditioning. You’ll see a ...