Fast approvals are not the sign of an effective regulator

As dramatic as the ICORE scandal is, the Kenney government’s changes to the Alberta Energy Regulator (AER) should be of even greater concern. This government is turning our regulatory clock backwards. It idealizes a mid-20th-century version of Alberta, where the values of landowners, First Nations and the general public mattered little when it came to exploiting petroleum. It is turning a blind eye to the principles of a modern, responsible government regulator.

The ICORE scandal has provided a convenient pretext for the UCP government to change the AER more generally. The UCP’s election platform claimed the oil and gas sector isn’t getting its money’s worth from the single regulator it had lobbied to establish back in 2013, declaring the importance of restoring “[Alberta’s] reputation with investors as a leader in predictable and efficient regulation.” The AER’s “performance” had suffered under the NDP, the platform claimed; despite more staff, the AER was taking “too long” to approve well and petroleum facility applications. Relying on data from the Canadian Association of Petroleum Producers (CAPP)—the oil and gas industry’s main lobbyist—the UCP claimed the AER was taking much longer to approve applications than BC, Saskatchewan or Texas do. The message was clear: Good regulators approve applications quickly.

The only relevant metric for improving regulatory performance, then, was slashing approval times. Cutting AER approval times in half, cutting “red tape,” having the fastest approval process in North America, streamlining/expediting the regulatory process to improve Alberta’s investment climate—that’s what the UCP platform promised.

Journalist Sharon J. Riley, writing for The Narwhal last July, relied on documents obtained through freedom of information requests to underline how unhappy CAPP was with how its “child” was behaving. To CAPP, the fact that Albertans directly and adversely affected by oil and gas exploitation can file statements of concern with the regulator that might lengthen approval times was the “Achilles heel” of the approval process.

As Riley was alerting readers to CAPP’s grievances, Premier Jason Kenney echoed the lobbyist’s view of how the AER should change. He told the Calgary Herald’s Chris Varcoe that “timelines for project approvals in Alberta are unacceptably long and also that the fees charged to Alberta energy producers are unacceptably high.”

When Kenney in 2019 officially kicked off his review of the AER, he adorned his announcement with the customary environ-mental platitudes and motherhood statements about the importance of landowner rights. But both Energy Minister Sonya Savage and Environment Minister Jason Nixon made it clear what mattered most: shortening approval timelines and restoring investor confidence.

The UCP used CAPP research to justify putting Alberta on this road to regulatory change, with Savage telling Albertans “(i)t now takes four times longer than other jurisdictions like Texas to get a project approved in Alberta.” (My emphasis.)

But CAPP’s data simply don’t support the minister’s charge. In CAPP reports published in 2017 and 2018, the “four times longer” label only applies relative to Texas—CAPP doesn’t identify any “other jurisdictions” this label could be applied against.

Furthermore the minister was wrong to assert that all Texas approvals are four times faster than similar approvals in Alberta. That’s simply not what the CAPP analysis concluded. CAPP data suggests that US freehold approvals in Texas may be up to four times faster than some Alberta applications. An accurate though far less dramatic conclusion from Minister Savage would have been to say: “It may take up to four times longer in Alberta than in Texas to get some projects approved.” (Politicians of all political stripes must stop taking liberty with accuracy in their public statements…!)

CAPP data also tell us nothing about whether the “up to four times threshold” is crossed often or seldom. Do all applications to drill a well in Alberta take four times longer than in Texas? Half of those applications? Ten per cent? If slower approvals are a marker of regulatory failure (and that’s a big if), then we need to know their prevalence. CAPP’s summary of approval times simply doesn’t help do that. All that can be concluded is that an unknown number/percentage of wells in Texas may be approved up to 190 days sooner than an unknown number/percentage of wells in Alberta. The Kenney government argues that a serious problem exists—but the CAPP data propping up their belief is anything but conclusive.

CAPP’s 2018 update to its 2017 study on a competitive policy and regulatory framework for Alberta further strains the UCP’s justification for regulatory change. CAPP reported that 90 per cent of Alberta’s 6,298 well applications submitted in 2017 were classified as routine. The median time for routine well applications in 2017 was two days—not two weeks, not two months, not two millennia. Half of Alberta’s nearly 5,700 routine well applications in 2017 were decided in two days or less. More than 5,400—86 per cent of all well applications to the AER—were decided in a week or less. Contrary to the conclusion conjured by Kenney and CAPP, AER’s process seems very efficient. This may well have contributed to the fact that in a 2018 survey done for the AER, 86 per cent of the Alberta industry said it was confident in the regulator.

It might appear I’ve accepted the view that speed is the primary metric we should use to judge the worth of a regulatory system. I haven’t. In an excellent regulatory process, other values, such as landowner/First Nations rights and environmental impacts, should be balanced against timeliness. CAPP’s and Kenney’s focus on speeding up approvals suggests a troubling conclusion: They believe there’s too much public participation in Alberta’s regulatory process. Public participation is at the heart of one category of AER application—the non-routine participant involvement (PI) application. With these, public concerns haven’t necessarily been addressed sufficiently by an applicant. Consequently, to consider these, decisions take longer.

CAPP’s sounding alarm bells about PI applications—especially in this exaggerated, inaccurate fashion—might invite us all to reflect on the importance of public participation in a good petroleum regulatory process. The University of Pennsylvania’s Penn Program on Regulation offers some helpful guidelines. Dr. Cary Coglianese, Penn Program director and Edward B. Shils Professor of Law, identified three core attributes of regulatory excellence in a peer-reviewed 2015 report: utmost integrity, empathic engagement and stellar competence.

Empathic engagement is key. This attribute demands transparency and public engagement. It is embodied in “how respectfully the regulator and its personnel treat regulated entities, affected landowners and all other concerned individuals.” Coglianese argued that a regulator must listen to all whose interests are affected by its decisions; it must be even-handed and ensure that otherwise poorly represented interests and views are considered adequately; it must be responsive to concerns, explain its decisions well and sincerely, and deliver transparency with respect to information and the reasons for decisions.

This regulatory excellence model demands that the AER take the time needed to consult and listen to landowners, First Nations and others affected by its decisions. The Kenney government seems keen to sacrifice this consideration on the altar of fast approvals and investment reputation. Those Albertans currently reviewing the AER must recognize that the UCP’s approach to regulation, while it might fit the expectations of 1950s Alberta, should be rejected in the 21st century. Today much more consideration should be shown towards participant involvement and citizen confidence.

Ian Urquhart is an adjunct professor of political science at the University of Calgary. 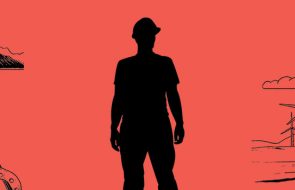 For more than 70 years,  ever since Imperial struck oil at Leduc No. 1 in 1947, Alberta has sought to both manage and benefit from what has proven to be the world’s third-largest store of hydrocarbons. For the last seven years, that task has fallen primarily to the Alberta Energy ...