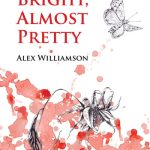 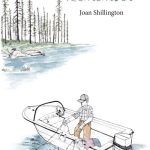 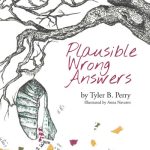 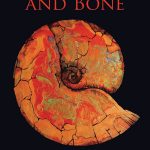 The book launch for the 2020 annual Frontenac House Poetry Quartet, which the publisher is calling its “COVID quartet,” was understandably virtual. So, in honour of the wine and cheese Zoom launch, curate yourself a snack tray for one and settle in with this year’s offerings, which range from battling illness, to grappling with growing up in Alberta, to a journey across the continent.

We begin at the Royal Jubilee Hospital in line for the Tim Hortons with poet Alex Williamson. In his debut book of poetry, Very Bright, Almost Pretty, Williamson, a writer living with cystic fibrosis (CF), draws the ordinary but oppressive landscape of a hospital coffee line with humour and whimsy. To the man ahead of him talking on the phone, he writes, “He is lucky; only works at the hospital./ I wish I had my puppy with me… He would be thrilled at so many people in such a small space.”

Repeatedly Williamson composes his own obituary, vacillating between Quentin Tarantino-style gore and elaborate celebration. In one, he awakens to find himself with his lungs removed, punches the doctor in the nose and then tumbles off the gurney, “where all his organs and blood and other gross bits” fall out. In another, he makes it to 70 years old, where he dies “among friends, celebrating having tripled his original life expectancy, drunk as hell and screaming.”

Williamson writes about illness not with worried hands and sombre tone, but as if he’s coming at it swinging, full of piss and vinegar. He can also be melancholy and exhausted—“every moment is a constant stand-off between a cough and a deep breath”—but ultimately the book is more snarky than sad. These poems are vibrantly alive and challenge the reader to imagine a life with CF—among endless “microscopic assassins”—especially in the time of COVID, of which he writes: “Contact precautions./ Everyone is calling it social distancing now./ The world suddenly plays by CF rules, acting like this is torture… This is my eighth time in medical isolation.”

In Let This Lake Remember, Calgary poet Joan Shillington travels back in time to her family cabin on Lake Wabamun west of Edmonton. The book is moody, full of hazy recollections of the cabin and of childhood in all its mystery, excitement, confusion and horror. Tension builds between her parents: one fishing illegally and living roughly (“If it comes to war, Dad tells me/ we’ll drive out here.”), the other wiring a fan into the outhouse and dumping a half gallon of lye down the hole rather than the traditional half cup, dreaming of a comfortable life in the city. The standout poems in the book focus on a terrible storm that catches her father and several neighbours while they are out on the lake at night. One neighbour doesn’t return. In this cycle of poems, the lake betrays Shillington and puts an end to her childhood innocence. “Everyone emerged except our neighbour. Still missing,” she writes. “But now this time of year it’s dark by five.”

Calgary teacher Tyler B. Perry also takes on childhood in his collection Plausible Wrong Answers. His poems illuminate and occasionally recreate the boredoms and frustrations of adolescence. Perry bemoans the poor treatment of poetry at the hands of the Alberta high school curriculum and fashions his book as a response to the failures of standardized testing. Using questions lifted directly from old provincial exams, he exposes the myriad ways that testing sours poetry for his students. Perry is playful and the poems are fun to read. And yet the structure is so effective that the reader finds herself enjoying the poem only to anxiously turn to the following page of questions (no matter how irreverent or strange) with a marked sense of returning to the classroom and the quiet dread of the multiple choice exam. In response to the question “Recall a time in your life when you wrote a reading comprehension test. In recalling this memory, the emotions that most palpably abrade the surface of your consciousness are:” you can honestly answer, “D. Panic. Sheer panic.”

In Lisa Richter’s intriguing volume, Nautilus and Bone, she reaches into the past to converse with the obscure but influential Jewish poet Anna Margolin. Margolin wrote only one volume of poetry, Lider (“Poems”), in 1929, but lived a tumultuous life with several marriages, lovers, conflicts and dramas. Richter uses a chorus of characters she describes as “the usual gaggle of stragglers, onlookers and kibitzers one might expect to find in a Lower East Side tenement in the early 1900s” to tell the story. She borrows lines from Margolin’s original poems and from epigraphs ranging from 19th century poets to contemporary American rapper Lizzo to explore the complex world of the troubled poet. She imagines Margolin’s voice as a perfect combination of defiance and flamboyance: “Do you like my rings? I asked God./ In response I get the first three of the Ten Plagues.” Channelling Margolin, she writes of three wildly different marriages but ultimately sums up her romantic trials in that era, writing: “a plethora of choices here for a woman/ to marry/ to peddle flesh/ to wade into the sea/ let the currents drag her to their watery beds.”

In full force Richter resurrects Margolin, a powerful and defiant figure whose life was defined by creativity and tragedy. We are lucky to witness it.

—Megan Clark is a writer and public librarian from Lethbridge.

Frances Peck’s debut novel, The Broken Places, about a fictional Vancouver earthquake and the lives it disrupts, takes a hatchet to the trope that those who can’t do, teach. As a writing workshop and university instructor, ghostwriter and editor, Peck spent years teaching the finer points of language and writing ...