Two years ago Alberta elected an NDP government. Right-wing pundits forecast disaster. Environmentalists were optimistic. The optimists may have been right. The NDP inherited many environmental challenges—most critically, water security and climate change. At mid-term, our new government has outperformed the old PCs on both.

David Schindler, one of Canada’s best-known water scientists, recently summed up Alberta’s water situation succinctly: “We are in deep shit.” Canada’s most water-stressed region is southern Alberta, where the flow of just one major river, the Oldman, has dropped by 57 per cent in the past century. Schindler noted water supplies are under severe strain from declining winter snowpacks and increasing water demand.

And yet, he added, historical records show that the 20th century was actually wetter than normal. Droughts are more the norm. And future droughts may well be worse: climate change will likely both reduce water yield and increase evaporation.

Water security needs to be a top public policy priority. Our water comes from snow and rain in our forested headwaters, mostly public land. But public lands were abused under the previous government, which signed most of our forests over to logging companies even though clear-cutting disrupts headwaters hydrology. Sadly, with a forestry bureaucracy that still views the supply of wood as more important than the supply of water, forestry reform has yet to become a government priority. It needs to.

“This is really tough stuff,” Environment and Parks Minister Shannon Phillips told me during a recent interview. “There’s a reason the PCs did nothing more than admire the problems for 30 years.”

Motorized OHV use riddles public land with erosion gullies that divert runoff into muddy floods instead of groundwater. Last year the new government made the first serious efforts to reduce that source of harm, hiring 23 new enforcement officers to issue tickets to any off-roaders found harming public land. Ranchers operating on the Eastern Slopes report reductions in illegal camping and off-road vandalism. Erosion scars, however, continue to spread.

The best hope for restoring landscape health and reducing motorized damage is land use plans that seriously limit the density of roads and trails. Plans for managing land disturbance are underway for the Porcupine Hills and Oldman River headwaters. More plans are soon supposed to roll out farther north. Until those plans are finalized and enforced, though, the government’s commitment remains to be seen.

“This is really tough stuff,” Environment and Parks Minister Shannon Phillips told me during a recent interview. “There’s a reason the PCs did nothing more than admire the problems for 30 years.” She recently announced core funding commitments for watershed councils—multi-stakeholder groups who collaborate to improve the health of Alberta’s watersheds.

That’s a good start, but our headwaters need more than well-funded conversations. Water security is too important a problem to keep on admiring it.

Unlike its spotty record on water security, the NDP’s most remarkable progress has been on its hardest file: climate change. Against the outrage of petrosaurs, the new government has delivered strong policies to reduce Alberta’s carbon footprint even while keeping the oil and gas sector viable. Its Climate Leadership Plan phases out coal electricity, caps oilsands emissions and imposes a carbon tax to change consumer behaviour. Some of the levy revenue is going to rebates for lower-income Albertans; some to investments in efficiency and low-carbon energy. All of the revenue stays in our economy.

Taking serious action on climate change would have been hard in Alberta at the best of times; these aren’t those. Some Albertans feel entitled to painless prosperity and blame the NDP for a downturn caused by low world oil prices. Opposition parties have exploited this grumpy mood to fuel outrage against the carbon levy. Environmental critics, on the other hand, complain that the carbon levy is too low and that any support of oil and gas is wrong.

Phillips has little time for either criticism. She’s proud of what she calls North America’s most progressive climate legislation: “To reduce greenhouse gas emissions, and in a way that doesn’t cause massive economic disruption; to take 44 megatonnes out of the atmosphere through the phase-out of coal alone, and to do it in the most energy-intensive economy in North America… to do it in a place where the political right is virulent in their opposition to doing anything on climate change… to put that package forward with what amounts to an industrial consensus on the matter; that’s an accomplishment.”

It is. On balance, the NDP government’s approach to climate has been both strategically elegant and humane, with the startling result of turning Alberta from an international carbon pariah to a global leader. It may well pay off both in pipeline approvals and in a shift to a more diverse, low-carbon economy.

Not a bad start for the new kids on the block. 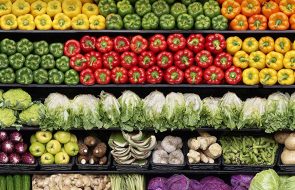 Where Does Your Food Come From?

Oranges from Japan, dates from Morocco, gouda from Holland—if we are what we eat, Albertans speak many languages. We fly or truck in most of our food from places we’ve never been, grown by people we’ll never meet. While Albertans live in Canada’s breadbasket, those loaves aren’t intended for our ...