The Healing of Angela Bischoff

How one environmentalist turned private grief into public action.

For the past few months, activist Angela Bischoff has been parked in front of her laptop, working around the clock in a small room at a house she shares in Toronto—checking e- mails, confirming sponsors, drafting copy, and a million other little jobs.

“I’m just sitting behind the computer all day. It’s all I’m doing day and night,” says the former Edmontonian. “It can’t be healthy, but it’s really intellectually and spiritually stimulating to be doing this.”

She’d normally find time for riding her bike or doing something active, but she’s too busy organizing a national tour, which sets a new course for her activism.

Bischoff ’s new target is the pharmaceutical industry— more specifically, antidepressants. “There’s so much distrust of big pharma right now,” she says, sipping tea in the house’s big kitchen. “The psychiatric drug industry is totally losing people’s trust over the dangers that are only now coming to light.”

For the past couple of decades, Canadians have known Bischoff for her environmental work with her husband, the flamboyant eco-crusader and one-time Edmonton city councillor Tooker Gomberg. The two met at a bike repair workshop that Gomberg was leading in Edmonton, and started dating and rabble-rousing “right off the bat.”

For several years, they ran the EcoCity Society, an urban environmental action group, but left Edmonton to spread their message. In the process, they made headlines around the world.

But unknown to many people, Gomberg fell into a deep depression in 2003, and his previously bulletproof optimism suddenly shattered.

Desperate to improve, he took a prescription of the antidepressant Remeron RD in early 2004.

Five weeks later, in March 2004, he leapt from the MacDonald Bridge in Halifax, where Bischoff had been working for the Ecology Action Centre. He left behind his bicycle, his riding helmet and an anguished note. His body has never been found.

After Gomberg’s death, Bischoff was horrified to discover that a small but significant percentage of antidepressant users become violent or suicidal; Health Canada has even issued advisories warning of these risks. Bischoff’s new campaign is motivated directly by her husband’s suicide, which she believes is linked to an adverse reaction to Remeron RD.

In May 2005, Bischoff drafted a formal complaint with the Nova Scotia College of Physicians & Surgeons against Gomberg’s psychiatrist, citing, “There is no mention in the doctor’s notes of suicidal assessment,” and noting his failure to identify Gomberg’s mounting agitation as an adverse reaction. Instead, he increased Gomberg’s dose of the drug.

The letter, however, moves beyond the personal, referring to “a general failure of mental health professionals.” Always a global thinker, Bischoff had researched larger issues of psychiatry, the pharmaceuticals industry and antidepressants. She was making contacts among academics, physicians, psychiatric survivors and an international grassroots community, all of whom believe that antidepressants are over-prescribed for a growing list of syndromes.

A year after Gomberg’s death, Bischoff had been reborn as a pharmaceutical activist. Teamed with activist videographers and expat Edmontonians Kelly Reinhardt and Bridget Haworth (who call themselves Boiling Frog), Bischoff put together a 26- city excursion called Healthy Mind, Body, Planet.

Beginning with a session in Big Cove, New Brunswick, on April 3, the tour then headed to the West Coast, with plans (at press time) to wrap up in Edmonton in June.

Billed as a multimedia tour, the event includes video, podcasts on rabble.ca, and its own newspaper, Depression Expression, handed out in stacks for departing attendees to distribute. Tour audiences are first greeted with Bischoff ’s personal story, followed by talks and a film that put things in the broader context of “big pharma, corporate culture, big media, big government, big corporations, big pollution, big money.”

While tape rolls, the team solicits participants’ own stories: a mother has recovered from postpartum depression but has been forced to return to meds in order to keep her children; a First Nations community in New Brunswick is plagued by prescription drug abuse; people confess to violence and self-harm. At nearly every session, at least one person says antidepressants have helped them. Bischoff ’s plan is to create a documentary using footage from the tour.

Meanwhile, the Nova Scotia College of Physicians & Surgeons has chosen to reprimand, but not discipline, Gomberg’s psychiatrist, admonishing him to question patients about suicidal thoughts. “I think they’ve acknowledged in some way that he’s been negligent, but I don’t think they’ve taken this seriously enough,” says Bischoff, who plans to appeal the college’s decision.

She maintains the point is not simply to punish this one doctor, but—as with the push for a fatality inquiry—to expose systemic problems and open the matter up to public examination.

Once the tour ends, Bischoff plans to stay in Edmonton and sort through 600 hours of videotape that Gomberg left behind, “with the view of producing a documentary of the activist community through Tooker’s eyes.”

Bischoff may be spending too much time in front of the computer right now, but she still tries to exercise regularly. Already an advocate of healthy eating and natural medicines, Bischoff promotes diet and exercise as preventive measures against depression. Each date of the tour wraps up with the moderators teaching the audience simple yoga stretches.

In fact, Bischoff, a former dancer, credits her study of Ashtanga yoga for her recovery after Gomberg’s death. “I was able to keep up a routine, when I really just wanted to collapse,” she says. “I think I’ve always been a very physically mobile person, and it’s always helped me through my activism. It’s helped me to remain strong.”

Stephen Humphrey is the author of Blue Angels, a freewheeling meditation on life after heaven and the post-ancient condition. 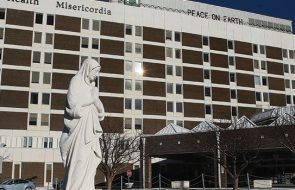 The Pandemic and Public Health

Even before the new Coronavirus had a name, one thing was certain: A human being wasn’t entirely in control of whether they would get it. In those first months, geography mattered most of all. On December 31, 2019, China reported a cluster of cases of unusual pneumonia in Wuhan, Hubei province. The ... 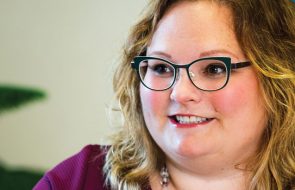