Founder’s Note: Lament For Our Sanity

In post-truth times, how do we verify information?

“Post-truth” was word of the year for 2016 according to the Oxford Dictionary. It means not “after the truth” but “circumstances in which objective facts are less influential in shaping public opinion than appeals to emotion and personal belief.” Truth itself, it seems, is no longer politically relevant. Steve Tesich first used post-truth with this meaning in an article about the Iran-Contra scandal for The Nation in 1992. Citations for post-truth increased 2,000 per cent in 2016.

The main reason for the spike in use of the term is of course Donald Trump. Most of his assertions have no connection to reality: thousands of Muslims in New Jersey cheered as the World Trade Centre collapsed; climate change is a Chinese hoax; Mexicans are rapists and murderers. Trump seems unable to differentiate a valid source of information from a bogus one. He retweeted a picture showing Fox News host Megyn Kelly posing with Saudi Prince Alwaleed Bin Talal. The image was fake. He claimed that 81 per cent of murdered white people were killed by black people, citing the non-existent “Crime Statistics Bureau—San Francisco,” which a white supremacist on Twitter made up.

Some journalists are reluctant to call Trump a liar, because he may actually believe what he says. The inability to tell the difference between what is real and what is not is called mental illness. That Trump makes false and outrageous claims is not of as much concern as that his supporters don’t care. It doesn’t matter to them if what he says is true. It’s what they want to hear.

Post-truth has become popular at a time when more people are using social media to get news. Some people trust social media more than newspapers, television or radio. Social media newsfeeds run on algorithms. What comes up in a feed is determined by what you’ve clicked on in the past. If you interact with posts of a certain kind and from certain users, you will see more of them. Rather than being exposed to a full range of views, you are reinforced in your preferred perspective. Views harden and camps polarize in social media filter bubbles.

On social media everyone is a journalist, everyone can have their say. There’s no gatekeeper on Facebook. No one is fact checking. We need to do it for ourselves. How do we know what to believe? Now more than ever we need to think critically and to differentiate fact from fantasy. We need to question what we read, verify assertions and evaluate evidence. We need to determine the authority of various sources. Which are valid?

But does the average citizen have the tools necessary to investigate all claims?

In the old days we got our news from the city newspaper. Reporters were trained to observe carefully and record accurately. They strove to get independent verification from other sources. Newspapers were held to a certain standard of truth by the law. Editors chose significant and relevant material and presented it in the most clear and succinct way. More importantly, the widely read local paper gave people a shared text, a common base of information for public discussion of common concerns and on which to make decisions. A shared text enables people to communicate and understand each other, to join together to solve problems and to build and preserve civil society.

It is ironic that we become aware of the essential role of a reputable city newspaper in democratic society only as newspapers run the risk of disappearing. Will the post-truth age convince people to once again pay for professional journalism? If not, can social media replace newspapers? Is it even possible to verify information for ourselves, or will the entire culture fall into delusion? #

Each Sunday morning, I look out my window at the church across the street and see faces I never see on Saturdays. Ample black women in hats. Ethiopian couples. Silver-haired pairs inching out of late 1980s Buicks and Cadillacs. The Saturday scene is cool, baggy-panted skateboarders clacking by, young singles ... 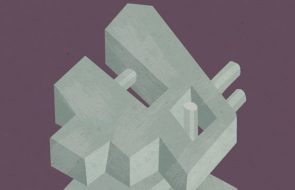 How should public art be chosen?

RICHARD WHITE The artist, public art gallery curator and public art juror says HIRE AN ART CURATOR While most new public art flies under the radar, every once in a while a piece of public art is hated by almost everyone. Think “Travelling Light” (a.k.a. the giant blue ring) and “Bowfort Towers” (rocks and ...

It is the late 1980s and my daughter, smart from primary school, wants to see what many visitors to Banff National Park ask of guides in the mountain playground—to point out Tunnel Mountain’s tunnel. Where’s the tunnel, Dad? A hundred years before my little girl popped the question, the Canadian Pacific Railway ...