“Break the Bank,” by Glen Mumey and Nolan Derby (Mar 2018), is a timely contribution to a discussion that successive Alberta governments have sidestepped, namely: What is the role of Alberta Treasury Branches? Discussion about ATB is relevant for several reasons: first, under the ATB Financial Act the Legislative Assembly must debate a resolution about continuing ATB every five years (which, curiously, did not occur in October 2017). Second, Mumey and Derby correctly express concern about the vast deposit liabilities that are guaranteed by the province; the intertwining of the province’s credit and ATB (raised as a concern by rating agencies); high executive pay; and generally mediocre returns to the government as owner. They rightly emphasize the boom and bust nature of the Alberta economy and the vulnerability of a large regional lender to periodic heavy loan losses. Importantly, they stress the need to insulate lending from political influence. Given this, there is obvious merit in considering a sale of ATB.

In a forthcoming Parkland Institute paper with Mark Anielski, we suggest an alternative vision. The province should instigate a debate about using this public “bank” as a vehicle to address a range of existential issues facing the province: its transition to a renewable energy economy; cleanup of tailings ponds and orphan oil and gas wells; student loans; social housing; and acting as the province’s “bank” and treasury manager. Key to this vision is ensuring the integrity of the credit adjudication process to assure Alberta’s credit rating is preserved, if not enhanced.

ATB is too important an institution to continue without a searching debate about its role in Alberta’s economy.

I was surprised that Mumey and Derby recommend extending ATB’s investment outside the province as part of diversifying the economy. An economy is not just a way to make money but also to employ people and resources to satisfy needs. Investing outside the province would not diversify the types of production conducted in Alberta. Diversifying the economy should not mean outsourcing or shifting investment outside our own borders.

The authors contrast the provincially guaranteed ATB to RBC, whose shareholders do not fear it will ask them for more money—but RBC shareholders do depend on the government digging them out, using public money to save something “too big to fail,” just as ATB does. The difference is that unlike RBC, any money ATB makes goes to the provincial government. It was famously noted not too many years ago that each teller working in a large bank pays more tax than the bank itself.

When premier Aberhart tried to put a tax on banks it was found unconstitutional—that was when he set up ATB as an option to private banks, one that would pay returns to the provincial economy. And it’s interesting that there is a call to sell ATB just as interest rates rebound and banks start to reap a higher rate of return.

ATB should be defended. Its board members are overcompensated and its branches (at least in Edmonton) are no more friendly than private banks, but its weaknesses are balanced by its advantages and the possibilities it gives us, such as copying the Province of Ontario Savings Office (1922–2003), which gave a high rate of interest on special savings accounts. This put money into the hands of the government at a rate lower than it could obtain from usual lenders, while giving depositors a higher rate of interest than savings accounts usually granted.

Re “Break the BanK”: The authors list multiple reasons for selling ATB, but the most basic reason for keeping ATB as-is has been forgotten. The Alberta government founded ATB in response to eastern banks forcing Alberta farmers and ranchers off the land during the Depression. Given Ottawa’s current attitude toward Alberta, we need to keep ATB to protect Albertans!

Re the interview with Information and Privacy Commissioner Jill Clayton, Mar 2018. I work at the Public Interest Law Clinic at the U of C, and a common start to public interest litigation against a government body is a freedom of information request to get the material needed. Secrecy and severe delays in responding to FOI requests clearly interfere with democratic accountability, but they also prevent government bodies from being held to their obligations in a court of law.

In a recent information request, our clinic was told the access fee would be $1,270. After obtaining a public interest fee waiver, the clinic was provided with only 35 of 857 pages responsive to our request. The matter is now before the Office of the Information and Privacy Commissioner (OIPC). The Freedom of Information and Protection of Privacy Act is a promise of government accountability—one so far unfulfilled.

Time’s up regarding the long-standing crisis in access to information in Alberta. I have a case before the OIPC in Alberta involving the City of Calgary that’s taking years to resolve—far longer than the 30 days for a public body to respond allowed by the FOIP Act. This is completely unacceptable.

“Withholding information or giving the wrong information” is bullying, with serious negative physical and psychological impacts including depression and suicide, according to the Alberta government document “Bullies at Work: What to Know and What You Can Do.” There is no justification for lengthy, extended reviews of complaints by the OIPC. My employment, career, pension savings and health have all been negatively affected. My right to my information is a basic human right as per the UN Universal Declaration of Human Rights. Time’s up on workforce bullying. We need immediate action. I’ve recommended changes and requested an accountability review of the administrative processes of the OIPC (under s. 47 of Alberta FOIP: Resignation, removal or suspension of Commissioner).

We recently received our first copy of your very good magazine. I must say that my husband and I are very pleased to be among your readers. You have printed some very interesting articles.

Of special interest to me was “Salestaxphobia” (Trish Audette-Longo, Mar 2018). Do we need a sales tax? I’m not in favour; we’re already taxed enough. Shall I name those taxes? I guess I don’t need to, as Albertans are surely aware of how heavily we are currently taxed. If a sales tax is implemented here, the government will find ways to spend it. The more money at their disposal, the more ways they will find to use it. It’s unlikely that this extra windfall would go toward lowering the debt. Therefore there’s no point in levying another tax on people who are already struggling.

To have a sales tax, the majority of Albertans must demand one. No politician has the courage to stand up and defend the need for it, but if enough of us speak out, the government will do what it usually does: lead from the rear.

Taxpayers generally have no idea of the link between taxes and government services. We pay taxes for two reasons: to be part of society and to receive the services we require. The Alberta Advantage is no more; politicians can no longer rely on high oil and gas revenues to pay for services and to keep taxes low. We can do one or all of three things. We can strictly rely on cutting programs and services; we can raise taxes; or we can bring in a sales tax. I favour modest cutbacks and a sales tax.

If our sales tax were 5 per cent, the government would raise $5-billion. This would be harmonized with the GST, letting Ottawa handle everything for us. People who get a GST rebate would get a harmonized tax rebate. The government would now have a guaranteed source of revenue to fund needed programs and services.

People are still coming to Alberta because they see opportunity here. They have children who need to go to school. Those children will go on to higher education, which is required for jobs. Alberta also has a large number of seniors like myself who need programs and services like healthcare. Where will this money come from if we have no sales tax? No one has an answer for this.

My fellow Albertans, if you want any or all of these vital services, press your MLA for a sales tax. Future and present Albertans will thank you for it.

Re Sales Tax Solution (Eye on Alberta, Mar 2018). Trevor Harrison’s assertions bear scrutiny. His use of RBC 2015–16 spending numbers “relative to GDP” are out of date and a red herring. RBC’s 2016–17 numbers indicate Alberta spent $12,276 per capita, more than six other provinces and much higher than Canada’s average of $7,914. Yet Alberta has poorer outcomes in health and education. Harrison’s questionable use of data misleads readers.

Moreover, having a sales tax has not helped even one province eliminate or even reduce its budget deficits. Despite Harrison’s claim that he “and 18 economists, political scientists, sociologists and other public policy experts” concluded that a “harmonized sales tax” is Alberta’s tax solution, there is no proof that a sales tax leads to a solution of fiscal problems.

The first step to reducing debt is to critically examine expenditures. Political decisions must be evidence/results-based. A wise man once said: “You cannot manage what you don’t measure.” A careful budget analysis is a must! Alberta governments have neglected this.

Costly and blatantly skewed reviews, reports and studies only enrich politicians’ friends. These must stop. Taxpayers should not pay millions for the Kananaskis golf course. Daryl Katz’s arena is a serious abuse of tax dollars. Likewise, tax dollars are wasted in faculty programs that provide little/no measurable benefit to Albertans and are open to obvious conflicts of interest.

Another effective step would be to immediately raise oil royalties to Norway’s levels. Let the chips fall where they may! Oil companies must also bear the cost of well cleanups, abandoned wells and the payment of property taxes and leases, many of which must also be increased. Alberta governments must stop giving away our natural resources.

It’s time to recognize and correct what Warren Buffet calls the ABCs of government: arrogance, bureaucracy and complacency.

I read the excerpt from Steven Lamothe’s paper on Alberta government mismanagement and misspending over the last few decades and found it oversimplified and out of touch with reality (Eye on Alberta, Mar 2018).

Alberta governments have certainly overspent and mismanaged, but what isn’t mentioned is the hundreds of billions of dollars transferred to Ottawa and reallocated to “have-nots” Quebec (perpetually), Ontario (during downturns) and others. After transferring these billions, Alberta is not in a position to use its oil wealth to diversify its own economy.

An interesting article would show the percentage of provincial budgets across Canada comprised of transfer payments received from Ottawa—Alberta’s money. 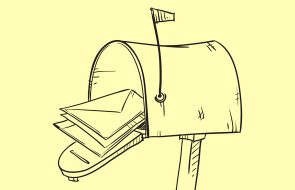 “Break the Bank,” by Glen Mumey and Nolan Derby (Mar 2018), is a timely contribution to a discussion that successive Alberta governments have sidestepped, namely: What is the role of Alberta Treasury Branches? Discussion about ATB is relevant for several reasons: first, under the ATB Financial Act the Legislative Assembly ...