AV: Far more Albertans are workers than employers, but our culture really celebrates “the entrepreneur”—the job creator, the employer. What do you think about this?

Well, we need both. A source of frustration for me has been workplace legislation that wasn’t up-to-date. Employers will always work within the framework they have to maximize their opportunities. But our legislation wasn’t supporting employers or workers. It had been left to stagnate. That’s been a focus for me—making sure legislation supports workers and employers, making Alberta the best place to go to work every day and to start a business.

AV: Labour groups have said “the deck is stacked” against Alberta workers.

Our legislation wasn’t protecting workers from a health and safety [and] employment standards perspective, and it wasn’t giving employers the benefit of modern, fair workplace laws that create an even playing field. I mean, Alberta was the last place in Canada to have sick days. We now have sick days in our employment standards that apply to about 85 per cent of workers. When I introduced Bill 17, which changed the Employment Standards Code and Labour Relations Code, a woman named Amanda Johnson stood with me. She’s a single mother of three, and her 7-year-old son got cancer. When she went to take EI-funded leave for a critically ill child, Alberta’s employment standards didn’t provide protection and her employer fired her. Losing her job just added to her stress. We hadn’t updated our laws to say, “If you take this leave you pay into—that all Canadians pay into—you get job protection.” Our province was completely out of step. What look like huge changes—bereavement leave, domestic violence leave, sick time, personal days—most of those exist in all other jurisdictions.

AV: The opposition says Alberta’s PC era was great for workers, given 30-plus years of relative labour peace and the highest wages in the nation.

We did have the highest median wages in the nation. At the same time, we had the lowest minimum wage. And we had people like Amanda getting fired for needing to take a leave. I talked to a chef who passed out at work and lost his job because he didn’t have access to sick time. So yes, Alberta has been thriving—but we need up-to-date laws.

AV: Why raise the minimum wage?

In Alberta 300,000 people make $15 or less, and 75 per cent of them aren’t students—60 per cent are women, 35 per cent have kids. So we’re talking about 100,000 parents, many of them their household’s primary earner, about adults trying to make ends meet on a very low wage. Alberta has Canada’s highest percentage of people using the food bank. We want to ensure that somebody working hard all day isn’t stopping at the food bank on the way home.

AV: How do you respond to business owners who say a higher minimum wage forces them to lay off staff or close?

It’s really important that we support business—we decreased the small-business tax, implemented grants, capital investment tax credits. At the same time we need to support low-wage workers. I say often to business owners that one person’s employee is another’s customer; when you increase minimum wage, low-paid earners take those extra dollars and spend them in the local economy. They buy food or school supplies or clothing, boosting the economy from the bottom up. I’m proud to be helping working Albertans—though it’s still not a living wage. Alberta’s Child Benefit has decreased the living wage [threshold] significantly; the Canadian Child Benefit as well. But a living wage is roughly $17 in Edmonton and $18 in Calgary.

Find the full article in the May issue of Alberta Views, on newsstands now. 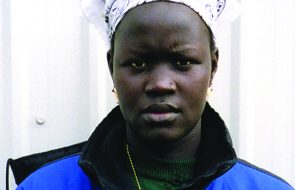 Faces of the Lakeside Packers Strike

In the Middle of October 2005, members of the United Food & Commercial workers, Local 401 went on strike at Lakeside Packers in Brooks. The local had been certified in 2004 as the bargaining agent for the meat plant workers at Lakeside, which is owned by US giant Tyson Foods ... 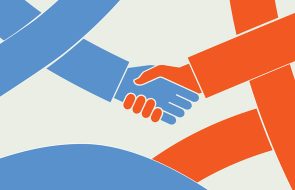 The Year of Bargaining Diplomatically

Last year the government of Alberta faced a mountain of public-sector contract negotiations. A whole mountain range, actually. Collective agreements covering roughly 180,000 employees expired: over 40,000 members in the Alberta Teachers’ Association (ATA); over 30,000 nurses of the United Nurses of Alberta (UNA); some 19,000 paramedics, lab workers and ...

My wife and I spent our last day of our summer vacations in 2019 on a picket line with healthcare workers at Edmonton’s old General Hospital. Most of the cleaners, healthcare aides and nurses at the information picket were women of colour. Like public-sector workers across the province, they were ...