AV: Why seek office? Why the NDP?

So where I grew up, the Cowichan Valley, is a big resource area. My dad’s in forestry, as are a lot of people I know. And when I was born, in 1975, Tommy Douglas was our MP for one term—which I didn’t know until I got elected. So it makes sense why we were usually NDP. We were labour and blue collar, right? That said, my parents always told me, “Get informed. It doesn’t matter who you vote for but make sure you understand why.” When I moved to Alberta, I said, “What do you mean you haven’t changed government in 44 years?” Eight months or so before the election I was a shop steward with the United Steelworkers and started to get more politically involved. I wanted to show my kids you stand up for what you believe in. So I volunteered. Later the president of our electoral district association asked if I’d run. I thought, “What’s this going to look like?” and I talked to my wife, because she works 12-hour shifts and we have kids. At a convention with my steelworkers they found out I was thinking of running, and everybody cheered and got excited—basically I couldn’t say no after that. I thought, “What’s the worst that could happen? I’d lose. Well, I’m going to gain a lot of experience. I’m going to knock on a lot of doors and talk to a lot of people.” That said, I’ve played sports all my life and I don’t like losing, so the effort I put in was pretty high.

AV: How do you describe the Municipal Affairs minister’s job?

My role is to support municipalities with their issues or concerns. It doesn’t matter if it’s justice or infrastructure or transportation, everything happens in municipalities. So I support them and facilitate communication with other ministries and MLAs. A lot of my job is relationship building, making sure we’re transparent about what’s going on. We represent the same people, so we need to be on the same page.

AV: Why was it important to change the Municipal Government Act?

A councillor likened the MGA to the Bible for municipalities. It gives the framework for everything that happens in municipalities and how they’re governed. But the MGA hadn’t been looked at for 20 years. Things had to change; for example, parental leave for councillors wasn’t in there. In other ways it was more of an update. But the other reason is because people don’t look at boundaries, they just look at services. One of the MGA’s key components is inter-municipal collaboration. Basically, if you border somebody, you need to talk to them about things you share—water, wastewater facilities, rec centres, equipment, graders, things like that.
It’s better for residents, it’s more efficient, it saves money.

A councillor likened the Municipal Government Act to the Bible for municipalities. But the MGA hadn’t been looked at for 20 years.

AV: With their new charters, big cities can now change things like bar hours and have unique traffic laws. In what areas is it still appropriate for the province to regulate big cities?

When we’re talking oversight for, say, building and safety codes and things like that, that’s still under my ministry. Big cities are very complex and advanced and have the resources to do a lot more than small towns. That’s why you see new powers in the city charters.

AV: Your government banned corporate and union donations to parties and lowered donation limits but made no such new rules municipally, where “gaping loopholes exist,” says Naheed Nenshi. Do you intend to change how municipal candidates can raise funds?

It was super important for us to get big money out of politics. We work for the people, and people should see what’s happening; it should be transparent. The Local Authorities Election Act governs municipal elections; after every election we review it to see if it’s working, if it needs tightening up. We’re in the process of a review right now.

AV: Disaster relief costs the province more every year—over $100-million for the Fort McMurray fire alone. Everyone agrees we should do more prevention, but what resistance do you face?

We have to impress upon people that if you put money now into programs like Fire Smart and berms it’s going to save hundreds of millions of dollars later and save lives. And we’re not just going to come in and, you know, plow over someone’s fences. We have to work with people. It’s their land, right? But impressing upon people how we’re going to save lives is important too.

AV: You were the NDP’s caucus lead on rural outreach last summer. Do you see a divide between rural and urban?

When the premier appointed me she said, “You have a blue collar background, you get it.” She wanted me to talk to people. You hear the big cities a lot; they have the most residents. But every voice counts. I went to over 40 communities to ask, “What are your issues? How does what’s happening in Alberta affect you?” There are huge positives about life in rural areas but some challenges. You see big differences in policing and EMS because of distances. I heard about healthcare for seniors and people with disabilities. First Nations had concerns. But we’ve got a lot more in common than not. Many urban folks come from rural and still have family there. We need to bridge gaps instead of pushing each other away.

Find the full article in the April issue of Alberta Views, on newsstands now. 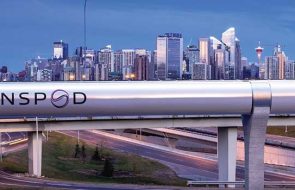 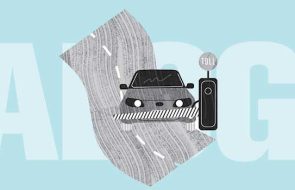