Retrospective: The Next Alberta

Critics of the culture of cyberspace note the link between ongoing privatization of public space and the Internet junkie’s loss of contact, while blithely cruising the cosmos, with the neighbourhood right under his/her nose. How do the webheads construct community in the rubble of disintegrating public works? Think of the attack on the idea of public space—a “space” I grew up in in the 1950s and 1960s that was defined, even in Alberta, as a collective consensus to invest in institutions serving the common good. Now, even Liberals and the Blair-ite social democrats are in retreat from such investment. With the declining public funding of education and healthcare; with the devaluation of civility and cooperativeness; with the marginalization of the arts, there is little I recognize in 1998 of the often exhilarating open-endedness of our youthful possibilities in the public-spirited 1960s and early 1970s. Does it matter that McDonald’s becomes a sponsor of the once-public library? After all, it is possible that more Canadians share the “McDonald’s experience” than any other.

Alberta universities are signing agreements with Coca Cola or Pepsi as exclusive purveyors of soft drinks on campuses in exchange for something like 47 dollars per student head in contributions to scholarship funds. In Edmonton, sales agents of Mars Fundraising (an offshoot of the multinational corporation that makes Mars bars and M&Ms) pitch their candy at elementary schools: pupils sell a box of candy for $3, of which $1 goes to the school, $2 back to Mars Fundraising. The issue is the cash-strapped schools’ increasingly desperate strategies for raising money—and the exhaustion of parents and teachers “volunteering” at bingos, casinos and raffles to replace a gymnasium floor. Does it matter that a public school system is moving toward corporate models of operation? It should deeply matter, this encroachment of corporate and commercial culture on “civic culture.”

To read the entire article, from the Fall 1998 issue, click here.

Kostash revisits “The Next Alberta”:

That title was a riff on a book I was working on that would be published in 2000, The Next Canada: In Search of Our Future Nation. In both cases I was tracking the Big Questions besetting the then-current generation of 25- to 35-year-olds, or at least the questions I was asking as a veteran of another era altogether, the 1960s.

I admitted I was skeptical this Generation X that followed us Boomers could be anything near as radical, sexy or Canadian. Faced with the corporatization of the universities, where were their barricades and sit-ins? Living with budget-slashed social benefits and threadbare safety nets, where were their organizing labour union drives to fight back? With all the excitement of a “borderless” world of free trade agreements and global pop culture, who among them gave a damn about keeping Margaret Atwood in print?

In this excerpt I read those anxieties as they played out in the Alberta of the 1990s in the thrall of Ralph “King” Klein. To refresh our memories, let us consult Wikipedia (with sources from The Globe and Mail and CBC): “During Klein’s austerity campaign, the ‘Klein Revolution’ or the ‘Alberta Advantage’ as Klein called it, [the premier] slashed government spending by deep cuts—more than 20 per cent—in public spending, resulting in massive job losses in the public sector. His government took a knife to funding for arts and health programs, going so far as to demolish hospitals, lay off thousands of nurses, and sell off the provincial public telephone company, AGT, to private interests. Without necessary infrastructure, Alberta was unprepared for the boom times.”

I am struck, when rereading my 1998 text, that much of what I deplored has become the new normal. The worry that “webheads” were going to have difficulty creating real (i.e., not virtual) community has been exacerbated a thousandfold by social media and the smartphone. The arts sector and its infrastructure in Alberta are chronically underfunded, leaving the initiative and naming rights to private investors. We still go boom and bust in a regular economic cycle.

But skepticism did not win the day in my book and neither should it have in AV. Across Canada the Generation Xers were telling me they were passionate Canadians because “I believe in taking care of each other,” i.e., they were certainly not American—and, 20 years later, maybe they were the ones who voted in Alberta’s NDP government and its social-democratic Advantage. 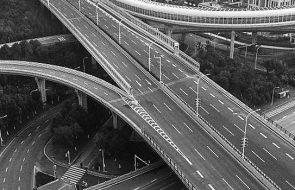 Now we will count to twelve and we will all keep still for once on the face of the earth, let’s not speak in any language; let’s stop for a second, and not move our arms so much.   It would be an exotic moment without rush, without engines; we would all be together in a sudden strangeness. … What I want ... 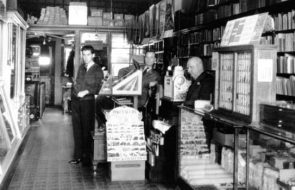 Last summer Deron Bilous, Alberta’s minister of economic development and trade, announced 2016–2017 would be the year of the Ukrainian-Canadian. Weeks later he declared that every September 7 in Alberta would henceforth be known as Ukrainian-Canadian Heritage Day. At the province’s Ukrainian Cultural Heritage Village and again in the legislature, Bilous—himself ...