"When Raven Became Spider" at the Art Gallery of Grande Prairie.
Uncategorized

Sled Island, The Works Art & Design Festival and more: Five things to do across Alberta this week

Sled Island has kicked off summer in Calgary with a lineup of music, arts, film and comedy, running until Sunday, June 24. Between shows, check out Sealing the Homunculus, where artists offer a different take on typical office lobbies, at the ATB Art Vault Gallery on Stephen Avenue. sledisland.com

The Works, Edmonton’s annual extravaganza of visual art and design, takes over the city until Tuesday, July 3 with more than 300 exhibits, programs, events and performances at galleries and other venues, including the mainstage at Capital Plaza on the Alberta Legislature grounds. theworks.ab.ca

If you enjoy musicals, don’t miss the Nuova Opera and Music Theatre Festival, which is celebrating 20 years. Two performances run at Sherwood Park’s Festival Place this weekend—The Arctic Flute on June 23 and Into the Woods on June 24. operanuova.ca

The Art Gallery of Grande Prairie’s “When Raven Became Spider,” on exhibition until August 12, features work by six contemporary Indigenous artists and storytellers that explore the complex super-heroic beings of traditional tales. aggp.ca

Interested in dinosaurs and fossils? Authors W. Scott Persons (Dinosaurs of the Alberta Badlands) and Dale Leckie (Rocks, Ridges and Rivers) team up at Shelf Life Books to present Enormous Alberta: Exploring our Prehistoric Past with Dinosaurs and Mountains, on Sunday, June 24. shelflifebooks.ca 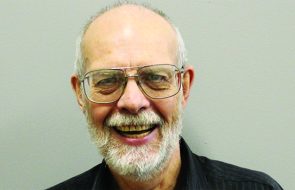 Rediscovering the Treasures of CKUA Radio

They sold a provincial treasure for ten bucks. When the Crown corporation ACCESS—following the orders of the Ralph Klein government to get out of the radio business—handed over CKUA to the non-profit CKUA Radio Foundation in 1994, the whole operation was sold for a symbolic pittance. This was a sale ... 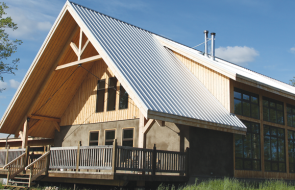 On Highway 43, near the Alberta–British Columbia boundary, I turn my car down a dirt path and come upon a clearing. One left turn and I have arrived in Demmitt, a tiny hamlet an hour west of Grande Prairie and six hours northwest of Edmonton. Before me, in the middle ...

The Assault on Science

By May 2012 morale was low throughout Canada’s scientific community—and then the country’s scientists received a swift kick where it counts. The Department of Fisheries and Oceans (DFO) announced that, before a year went by, they would pull funding and close the Experimental Lakes Area near Kenora, Ontario. At the ...