A year ago I moved to Montreal. I thought I could learn more about the country by living in a place most different from Alberta, a place where I didn’t know anyone. To my surprise, I ran into people from Alberta everywhere I went—in grocery stores and shopping centres, at theatres and music venues, even walking down the street. Why are so many Albertans choosing to make Montreal their home? Some say they are dissatisfied with the political situation in Alberta. Others simply find Montreal invigorating, either because of the challenge of language and cultural differences or because they feel inspired by the variety of things happening in the city. For Alberta artists, the move to Montreal seems to have more to do with their desire to challenge themselves or develop creatively as individuals, and less to do with finding a cultural home—although some would not agree. I, for one, feel a certain freedom here that I didn’t feel in Alberta. As Alberta celebrates its centennial and ponders its cultural heritage, it is important to hear the voices of those who leave. —Natasha Pashak

Eric Amber’s Théâtre Ste-Catherine officially opened in Montreal last fall, after he’d spent four years renovating the 100-seat theatre. Eric’s goal is to establish a community that continues the teachings of Keith Johnstone (founder of Calgary’s Loose Moose Theatre and TheatreSports). Eric credits Loose Moose with helping him avoid a life of petty crime. It also lead him to a career overseas (Australia/NZ/UK) in comedy groups known as The 3 Canadians and Hot Nuts and Popcorn. He says Alberta gave him a can-do attitude, but he loves Montreal for being affordable, culturally diverse, “super charged with creative re/evolution” and for knowing that “art can’t be created by a committee or city council.” No fiberglass cows.

Atom Deguire’s work, described as a continuation of the Op Art movement of the 1960s, has been exhibited in Halifax, Montreal, New York and Toronto. He received his Bachelor of Fine Arts in painting from the Alberta College of Art & Design (ACAD) in 2002. “Moving here and working here were different than my romantic ideal of the place before I arrived. The transition was hard. But now I feel more established. The city is big enough that I can hide, too. I can spend a whole month in the studio without feeling so attached to a group scene like I did in Calgary.”

Candice Tarnowski is a visual artist who sees the details of things. Enrolled in Concordia’s MFA Studio program, Candice travels between Montreal and New Brunswick to collaborate with artists and musicians based in Sackville. Her work will be at Harcourt House Gallery in November. “I have always needed to live in other places, to see what other places are like. I think of Alberta with fondness and dismay and while I regularly return, it isn’t where I find myself wanting to stay.”

Elisabeth Belliveau has lived in many parts of Canada but she finds the greatest contrast between Calgary and Montreal. “Money isn’t so important here. In Calgary, you feel like some sort of pest if you aren’t driving a car, working on your career, holding a mortgage. You feel ‘other.’ Calgary is a clean city. It feels monitored. It sprawls out around this corporate centre. It seems like any intervention of a form of beauty that doesn’t fit with a corporate agenda is unwelcome.” Born in Antigonish, N.S., and raised in Calgary, she completed a BFA at ACAD in 2002 and has had extensive artist residencies, showings on CBC Radio 3 and in galleries in Canada’s major cities.

Jamie Quail grew up in Edmonton and earned a BFA in sculpture at ACAD in 2002. “I came to Montreal on a whim because I knew a number of artists here and it just seemed like the Canadian arts hub. At first, I think it was the challenge of surviving in this city that kept me here but now it’s my studio and the network of creative people.” Jamie’s art includes super 8 animation, paintings, found objects and photography.

Keith Christian Wyatt is a writer, producer and actor who graduated from the U of A’s BFA acting program in 1999. His first playscript, Ecstasy, is now optioned for the screen. Montreal motivates him to work. “I first came to Montreal at a time in my life when I needed to rest and relax but I was immediately inspired and invigorated. In Alberta the accepted expression—in your art, in your appearance, in your profession—is conservative. Here, the population is transient, always refreshed.” But Wyatt also appreciates what Alberta had to offer: “The artistic support in Alberta makes it a fantastic place to train. There are very talented, well respected people working there, but I wouldn’t be doing what I’m doing if I were living in Alberta.”

Wil Murray migrated to Montreal following friends’ advice that the city was cheap to live in. It’s freed up his time to focus on his art and avoid the “credit-card anarchists”—meaning those who want to be revolutionaries without affecting their credit rating. “Here, I’m surrounded by folks for whom a life in a rented apartment isn’t a failure. You can just LIVE here. It’s not that all the lifestyle stuff I left back in the West isn’t here. It’s just not the only way of life.” Murray was born and raised in Calgary and attended ACAD. He is working on a photo series about Calgary’s now- defunct Corral-4 Drive-in theatre. Wil knows a tiny bit about colour, composition, form, texture. He says that once he knows more he may just paint an apple.

James Martin lives on the Montreal street immortalized in the 1969 NFB documentary Les fleurs, c’est pour Rosemont. He is the author of Calgary: The Unknown City (2001), Irresponsible Freaks, Highball Guzzlers & Unabashed Grafters: A Bob Edwards Chrestomathy (2004) and co-writer of the film waydowntown (2000). “I still feel like an outsider but not in a bad way. Being a writer is being both a part of something and being on the outside. Alberta on the national radar is embarrassing sometimes but I take issue with being embarrassed about where you are from. I am a proud Albertan. I feel some kind of kinship to the can-do, bootstrapping, do-it-yourself attitude.” Martin recently completed his MLIS at McGill and works as an editor.

Brigitte Dajczer is a musician and video artist in Montreal since 2001. She says, “Out east there’s a larger community that is willing to support the artists…. To support not only big blockbuster cultural events like the opera and the ballet, but also to support underground, roots and fringe stuff (by) new and emerging artists.” Still an honorary member of Calgary-based Rembetika Hipsters, she performs with the Balkan sensation and 2005 Juno award nominee Les Gitans de Sarajevo. Brigitte graduated from ACAD and is completing an MFA at Concordia. Her video work includes Exploring the Bully Within and three short videos called Metro Series focusing on Montreal’s subway architecture and its commuters. “Plamondon” (first in the Metro Series) was awarded the Mills Purchase Prize 2003.

Rebecca Singh grew up in Edmonton. Since moving to Montreal in 1995 she has worked as an actor, director, producer and writer for TV, film and theatre projects. “I’m here to challenge myself. I never had to struggle in Alberta. Montreal has forced me to be inventive, to really take charge of my career. And here I have access to so many different and experimental forms of performance. I like the variety here, in everything. Montreal is chaotic.” Rebecca is creating a new theatre piece and preparing her sketch comedy troupe, the Montreal All-Star Cheerleaders, for total world domination (www. cheerleaderchronicles.com).

David Lawrence cites a dual motive for relocating to Montreal: need for a change and frustration with the lack of government support for the arts in Alberta. “Calgary has a ceiling in terms of what you can achieve there. I don’t know why. It’s too bad, but I felt like I’d certainly done all I could do. Like most people, I had to go elsewhere to showcase my strengths.” Having learned the ropes at Loose Moose Theatre Company, Dave is working on comedy projects for theatre, film and television. Dave co-created Fubar.

Mike Dowse sees a higher calibre of film industry in Montreal. “Quebec has a self-sustaining film industry. And aesthetically, filmmaking is at a higher level. There’s just a lot of talent out here. Montreal is a very industrious artistic community. There’s lots of artists doing lots of different things but everybody is sort of quiet about it. There’s not much shooting off at the mouth.” Dowse has been making award-winning films for 10 years. Raised in Calgary, Dowse went on to direct short films, commercials and music videos. In 2000 he made the feature Fubar, which premiered at the Sundance Film Festival. Fubar went on to worldwide release and a Genie nomination. It’s All Gone Pete Tong is Dowse’s second feature, slated for a spring 2005 release.

Paul Spence says, “I like Montreal because I can get a prime cut of beef for five bucks at the butchers, a fifty cent head of broccoli and a beer at the old man’s grocery store, pick up a new record at Le Pick-Up while eating a hot Portuguese pastry—all on my walk home from work.” Paul has written, produced and acted in a feature length film (Fubar), has a pilot in development for the CBC (Saint Catherine’s Street East), and a script development deal with Odeon. An English grad from Concordia, he writes on the back of receipts and handbills. Paul is bilingual enough to argue in French with his girlfriend.

John Hazlett has strong feelings: “Alberta today is not the Alberta I grew up in. The Klein government has thrown aside the progressive in Progressive Conservative and created a climate of mean-spiritedness where money and oil are king and everything else comes second. It is sad that all that cash that bubbles up from the ground hasn’t had a more positive effect on the culture. When it comes right down to it, I am pretty damn pissed off about what is happening in Alberta. I am as much an Albertan as anyone and have a vague feeling that I am in exile partially because Klein and his band of populist anti-intellectual bullies have turned my beautiful home province into an unlivable cultural wasteland (and they are currently working on turning it into a literal wasteland).” Hazlett was born and raised on a grain farm outside of Red Deer. He studied fine arts at Red Deer College and film- making at Concordia. His latest feature film, These Girls, will be released in 2006. His passion is evident: “The right-wing disregard for people in Alberta disgusted me. In Montreal there is more of a social consciousness. Calgary runs like a Swiss watch and Montreal is the exact opposite, so people can create, be creative.” 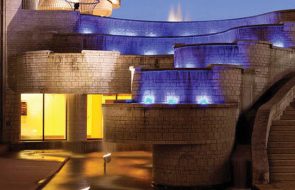 My husband’s childhood home was on a crescent that curved down a long hill overlooking the North Saskatchewan River in Edmonton. In the late 1970s, on every visit, we noticed down the block an undistinguished 1950s bungalow being renovated. This construction project was not merely cosmetic; the entire house was ...