The Boogeyman and the Wolf

It’s hard to imagine Chaz’s past, before he found his bench.

It is the beginning of April and the weather is clear. The morning air crisp, five degrees centigrade. Chaz, rumpled, brown-skinned, is sitting on a stool that is attached to concrete in front of a children’s toyshop where it is possible to buy tin windup toys in antique cardboard boxes. On my way past, I offer him a coffee and he says, Yes!

Make it a double-double, he says, then he smiles, toothless and genuine.

His name is actually Chad, and it says so on his high school patch, deep under his clothes, but everyone knows him as Chaz because that is what he calls himself.

Late in the afternoon (a block west, where he usually sits) his words are slurred, a long grunt that makes people hurry as they walk by him. Sometimes he can’t hold himself up on the wooden bench, and on those afternoons the children call him the boogeyman, and the police sometimes stop, and sometimes they take him away and we don’t see him for a few days. But most mornings he is there, on the bench, nodding, or sleeping in the sun, or paying compliments to women—mostly—because they are his preferred clients, his gig. Everyone’s got a gig, I think, and this is his:

You look beautiful today, he says.

Or, How did you get to be so beautiful?

He is one of the few of our denizens (sober or drunk) who has a good memory for the people he sees during the day. His memory lasts as long as a crow’s, which is to say that as long as he is perched on one spot, he remembers everything that happens around him. He notices, even in a drunken state, trends. If a woman has passed him in the morning, then returns from the opposite direction in the afternoon, he says How did you get more beautiful than the last time I saw you?

The women are, for the most part, a bit downcast at that hour (or taken for granted, or not quite themselves, or something else that only Chaz can sense). They say Thank you. They straighten up, their gait changes ever so slightly. Or they smile, quietly, and they give him a quarter or a dollar. Sometimes, on hot days, they deliver ice cream cones to him and it is a sweet thing to see Chaz eating a vanilla cone in his dirty-weathered hands, his smiling-cracked face, and his tongue licking out, pasted thick with vanilla.

Sometimes I think he’s doing a good service, making people feel good about themselves, because we are all so self-obsessed or worried about how we look, or just so beaten down by everyone else, and by life, or silly things, that it is a good thing to hear only this: Hey, you look beautiful today.

My wife once gave Chaz a $20 bill and he looked into his palm and didn’t recognize what he’d been given until she’d gone past him, a few steps, then he jumped up and said, MIRIAM! MIRIAM! I’M COMING. I HAVE THE MONEY! And we weren’t sure if he was going to find Miriam and get married that day, but it seemed that way. He ran down the street and we didn’t see him for several days, and then he was back on the bench, back to work making people feel good.

I know this about him. His birthday is December 6, 1961. He came here in 1988 from Nunavut because his sister called him, and she lived here, and the Olympics were on. So he came to Calgary and (for a reason known only to him) he never left. I don’t know what happened to his sister, but Chaz has been on the street for many years now. He collects bottles and keeps them behind his bench, in a box, out of sight.

He keeps his bench neat. He does not leave shopping carts in sight, but stores them around the corner in a parking lot. He sleeps at the “Homeless Hilton” and walks along the river each morning and across the Louise Bridge to his bench on the north side of the street. He likes the sun. I’ve never seen him read a book. Most times he sits quietly, with his eyes closed. His bench seat is cedar and stained. It is not a bus stop bench. He seems to have chosen this bench because it is a long one—he can stretch out and feel the sun warm his jaw. The location is good for both customers and sun.

The cappuccino bar leaves some room for me to add cream and sugar to Chaz’s coffee. Today, next to a lingerie display window and under those boxed windup toys, we drink our coffee and I ask him about ghosts. It turns out that Chaz does not know any ghost stories. We don’t believe in them, he says, lightly. I don’t know why not. Then he adds, as if this is the same subject, that he knows a guy on 17th Avenue who gives him ten sausages and five hotdogs every night, and all he does is show up at the guy’s truck and the guy says Take them, and Chaz says I don’t have the money, and the guy says Go on, go on, just take ’em.

The wolf emerged out of that emptiness without shadows. And it brought red into that white world.

I’m gonna get fat, says Chaz. The guy keeps telling me to come and eat those sausages, ten of them!

I agree: that’s a lot to eat. And after that I drag him back to the stories he likes to hear, once upon a time, and he says quickly that he likes stories about animals and hunting.

There was this one guy, he says, who went out to hunt seals and he was tracked by a polar bear.

He was out shooting seals, says Chaz.

Chaz is laughing to himself and I am trying to laugh along with him.

After a time, he says I guess the polar bear was mad that the hunter was taking away his food, he says. Yes, I say, and we nod together that this is a funny thing that can only happen in Nunavut, where everyone is part of a food chain. We sip our coffee and we think about that polar bear and we smile because it is warm and nice to be outside.

Chaz says, suddenly, as if woken, I got bit by a wolf once.

He kept looking and the sun kept circling up there. And as that mobile above him began to chant, the snow around him disappeared into whiteness. He was blinded, though not severely, and not in the sense that he couldn’t see the shapes of things. But he was blinded by the circling sun so that he could not see shadows. Everything, the snow around him, the white arctic wolf that moved slowly toward him as if to nudge him, everything around Chaz was white and shapeless. Finally, out of that emptiness without shadows, the wolf emerged, and when it came it brought the colour red into that white world. The wolf bit Chaz on the leg, just by his knee, tore a hole about the size of a can.

The wolf seemed surprised that Chaz jumped away. Chaz, too surprised to shoot the wolf, slashed at it with his gun, as if he was dusting the wolf with a broom. He gained a foothold, in the red snow, jumped on his skidoo and went home to get his dogs and then he went back to that place where the sun wouldn’t go down and after all that barking there weren’t no more wolves around there, I can tell you that, he says. He smiles.

It’s hard to imagine Chaz’s past, when he called himself Chad, before the booze, before the Olympics, before his sister’s phone call to come to Calgary, before he met all of us in this ecosystem called Kensington, before he found his bench.

He is genuinely disturbed by his new responsibility: the hotdogs. It’s a big problem, he says. All those sausages.

That guy wants me to come back and eat ten sausages and a couple of hotdogs and I don’t know how to do it. It’s too much, you know. I told him I don’t have the money for them and he said Don’t worry, I made enough money already, so I feel like I have to eat them.

You gotta treat yourself sometimes, I say.

I left him there, on the stool, at the end of
our coin, and I haven’t seen him for awhile now, which is strange because the weather has turned particularly warm. June is coming on. I’m not the only one here who is wondering about him. Someone awhile ago saw him with an old Sony Walkman, and Chaz was bobbing his head: “IT STILL WORKS! PERFECTLY GOOD. SOMEONE JUST THREW IT AWAY!”

There’s no one to call about a fellow who lived at the end of our street for years, subsisting on bottle donations and discarded pizza, and who has now disappeared. And if I could call him (on a cell phone that someone left for him to find) what would I say?

I’d like to ask him about Nunavut, back when he had a sled with ten dogs and a borrowed snowmobile and he was—that day, when the wolf tore a can out of his knee—all of 13 years old. I’d like to hear about the weather back then, and more about the sun that hung up there and wouldn’t go down. I’m embarrassed to say that I don’t know his last name, and I’d like to know that, too.

At the end of his story, I asked him only one question.

I look at his jeans and I understand that he’s wearing a few layers of clothes to keep himself warm, living outside. Another time, I say, though there has not been another time.

Peter Oliva is a novelist and journalist living in Calgary. Le Monde called his writing “a Calvino-like intersection of art and reality.”

After Pauls Funeral Amanda decided to shave off what was left of her pubic hair. Already some strands had greyed, some had gone brittle, bald patches had shown up. Enough. In his own way, David Attenborough encouraged her to go ahead with the shave. Attenborough always calmed her. His voice, gravelly ...

My big brother Tom wore snakeskin shitkickers. Not just the uppers, but the whole boot, except the sole and heel, was shimmering reptile. Whenever he bought a new pair he’d want me to run my hands along the scaly material. “Genuine snakeskin. Feel that, kid,” he said to me once when we ... 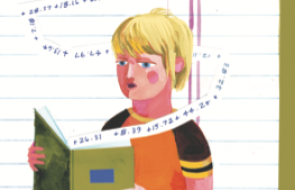 Ray half-limped into the Lucky Dollar and hit his hat, like he always did, on the tiny Chinese fragrant package hanging over the door. Behind the checkout counter, Ping looked up and the pitch in her voice changed, the scolding long vowels trailing off into a hitched note of sudden ...