The Lesson of Lougheed

A better Alberta is always possible

For 100 years, between 1905 and 2005, Albertans changed their government only three times (1921, 1935, 1971). The last of these elections, the most portentous, happened 50 years ago this August. Alberta has now changed government twice in the past six years. The next election may see yet another new government—meaning as many changes in Alberta’s most recent 10 years as in the first 100.

I remember feeling that Social Credit government had been out of touch with the emerging Alberta, and dour. There was no energy or eagerness in how they approached the future. Instead they communicated a sense of constrained obligation and limited options.

But on that August day, I felt elation. I had just been elected to the Legislative Assembly of Alberta as the member for Edmonton-Highlands. All of 25 years old, I defeated—by 100 votes—one of Premier Harry Strom’s cabinet ministers. Our PC party had gone into the election representing 10 constituencies and came out with 49 of 75, winning every seat in Edmonton, almost all of Calgary’s, and most of the constituencies from Two Hills north.

Lougheed remained as premier for 14 years and is frequently remembered as the best premier of any province in Canada in the second half of the 20th century.

The 1971 election revealed a new Alberta more than ready to be personified by a new leader. The first session of the Legislature in 1972 adopted the Alberta Bill of Rights (which meant Supreme Court of Canada decisions about human rights now applied to Alberta), the Individual’s Rights Protection Act, the Sexual Sterilization Repeal Act, 1972 (which ended Alberta’s practice of eugenics), the Communal Property Repeal Act and the modernization of the Workers’ Compensation Act (which was accompanied by the naming of Roy Jamha as Alberta’s first labour representative to be chair of the Workers’ Compensation Board). These and other changes revealed an imaginative and energetic government committed to rights, justice for the marginalized, inclusion and greater equity for workers.

In 14 years Lougheed’s PC government instilled a new appreciation for public goods, or “the commons.” It created the province’s first standalone Ministry of Culture, the Alberta Heritage Trust Fund, Kananaskis Country, the William Watson Lodge (a publicly owned wilderness lodge for people with disabilities) and the Alexander Rutherford scholarships. It introduced Assured Income for the Severely Handicapped, purchased 1,000 computers for students (making Alberta’s youth some of the first to use the technology), supported cultural venues and organizations across the province, established the Alberta Art Foundation (which now owns the work of more than 1,700 Alberta artists), the Royal Tyrrell Museum of Paleontology and two urban provincial parks (Fish Creek in Calgary and Capital City Park in Edmonton), and was a key part of negotiations during the creation of the Charter of Rights and patriation of the Canadian constitution.

With every year that passes, the 1971 election is less and less a part of Albertans’ lived experience. Yet it still has power. It is typically remembered as a great turning, for the better, for the province. But today the memory is often recast for partisan purposes, without regard for what Albertans of that day actually lived.

As a young person I was a “community conservative” (there were then more varieties of conservatism than there are now). I wanted to serve Alberta by participating in electoral politics, so I needed to connect with someone in whom I saw certain characteristics.

I first met Peter Lougheed in 1965, about six months after he became leader of the then-moribund Progressive Conservative Party of Alberta. That September, he bounded onto to the University of Alberta campus to recruit students, and I quickly became an active supporter. He was charismatic because of his youth, energy and enthusiasm. He was inclusive and sought to involve young people in serious work. On the day I met him, he directly asked me to join what he described as a “great project.” Two years later, in the summer of 1967, a few weeks after an election in which his party formed the official opposition, Lougheed asked me to be his research assistant. For the next two years, until I returned to the U of A, I was in the Legislature office next to his, working with him and other PC MLAs.

Then came the 1971 election, after which he asked me to serve as his legislative secretary. This entailed anticipating the Opposition’s question period forays, conducting research, handling sensitive correspondence, reviewing the Hansard “blues” (unofficial drafts of what was said in the Legislature) and more, which I did until the spring of 1976. In 1979 he asked me to serve as Minister of Education; he reappointed me after the 1982 election.

During the decade from 1965 to 1975, the baby boom—of which I rode the leading edge—came of age. In Alberta and across Canada, baby boomers “knew” we were the wave of the future and would dominate. We “knew” what our parents had screwed up and how to fix it: we “knew” we could repair almost everything. We “knew” what injustices were rampant in the world and how to achieve justice. We “knew” that mores would be changed forever by “the pill” and women’s liberation. We baby boomers were enthusiastic and confident, perhaps to the point of arrogance.

In addition, Alberta was on the cusp of becoming a more urban than rural province, and a goods and services provider more than an agricultural producer. Our population growth wasn’t simply a function of natural increase but of significant in-migration.

Alberta in 1971 was not a petrostate, let alone the failed petrostate it is today. (While attending Harvard University, Lougheed had spent a summer working in Tulsa, Oklahoma, then in decline after an earlier oil heyday. As far as Peter was concerned, any jurisdiction that relied too heavily on oil and gas, or that failed to diversify while oil and gas wealth provided the opportunity to do so, was a failed petrostate.) In 1971 Fort McMurray was a town of fewer than 7,000 people, and the only road in included more than 200 km of gravel washboard. Only one oil sands plant was operating in northeast Alberta, and Great Canadian Oil Sands produced less than 50,000 barrels/day. The first “oil price shock” was still more than two years away, and oil was selling for less than $3/barrel.

The spirit of the province was in transition. My memory of the time is that Albertans had widespread but cautious optimism. We believed pragmatism, imagination, will, collaboration, new technologies and justice-seeking would make the next 20 or 30 years an exciting journey. The 1971 outcome reflected all of this feeling and a willingness to put a shoulder to the wheel.

He was well educated, contemporary, grounded rather than trapped in brittle ideology, and placed great value on education not only for his children but for all Albertans. Peter certainly had a framing perspective, but it wasn’t a rigid construct. He didn’t require that humanity live in a box, ignorant of conditions. For example, his government bought Pacific Western Airlines and funded the creation of The Canadian Encyclopedia—afterward donating a copy to every school and library in Canada.

Peter worked hard to try to prevent Alberta from becoming a petrostate. He was a very thoughtful critic of our province’s growing dependence on oil revenues. He increased royalty rates and socked the proceeds away in the Heritage Fund instead of spending them. He sought to diversify the economy, beginning with the Western Economic Opportunities Conference in 1973 and continuing through the diversification strategy of 1983. He sought to pace and limit the expansion of oil sands production. His constant priority was a fair return for Albertans from royalties and other revenues over increased production for the sake of increased production—or employment.

Peter didn’t believe people were “born to the oil patch”: Albertans, he would say, are smart and resilient. They can and will do any good work, as long as it’s available.

Peter was well aware of the grievances deeply embedded in Alberta’s history. But he had no interest in demanding redress or in weaponizing these grievances for political advantage. He didn’t see Alberta’s future in our past, and he had no interest in being sucked into the past. He was intent on negotiating new deals that would lay a foundation for the future rather than restore some imagined past. If something needed to be done and partners weren’t ready to come to the table, Lougheed acted within his government’s range of opportunities, resources and capacities—for example, buying 1,000 “Alberta”-emblazoned rail cars to move grain to ports. He didn’t sit idly by while condemning the perceived inaction of others.

Peter hedged against uncertainty. The creation of the Alberta Oil Sands Technology Research Authority (whose publicly funded research unlocked 90 per cent of today’s oil sands reserves) and the Alberta Heritage Foundation for Medical Research are just two more examples of his investments in our collective future.

He believed in Alberta, and his commitment was to this place. In 1975 Peter was under considerable pressure to stand for election as leader of the Progressive Conservative Party of Canada. In Ontario, Hal Jackman and others created a committee of prominent Conservatives to “draft” Lougheed into the race. He resisted. Being premier of Alberta was not, for him, merely a stepping stone to greater political aspirations.

Today a very different (United) Conservative Party governs Alberta, sometimes invoking its “philosophical” connection to, and lineage from, the Progressive Conservative party of Peter Lougheed. I beg to differ. This is a misrepresentation that cannot be justified. It is perverse.

Alberta is very different than it was 50 years ago. In some ways we’re a pale shadow of our former self. It is time, as in 1971, to change course. To begin, Albertans might reflect on the nature of Lougheed’s leadership, his understanding of community, the purpose of government and the opportunities available to the province and its people.

My remembering leads to a different imagining than is offered by the current government. With the election of August 30, 1971, Albertans chose a premier who was imbued with the spirit of the province: he was no Johnny-come-lately, unfamiliar with and uninterested in the spirit of the province. Peter Lougheed, a third-generation Albertan, was very sensitive to Alberta’s subtle culture. Jason Kenney is tone-deaf and colourblind to the sounds and sights of Albertans, and he’s content to remain so, since his purpose seems to be to use Alberta in pursuit of some more distant—and more personal—goal.

With the election of 1971 Albertans declared: We are turning from our past to our future; we will treat our grievances as historical (to be remembered) and our opportunities as our future (to be lived); we will be inclusive and expansive; we will look outward rather than inward; we will engage with Canada rather than walk away. In 2021 anyone who is grievance-obsessed and blind to opportunities, anyone who excludes and is inward-looking, cannot claim the mantle of Peter Lougheed.

Perhaps, by looking back to 1971, if only briefly, Albertans can begin to imagine a better future than the one at the end of our current trajectory. 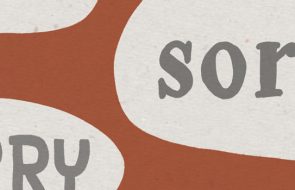