The Pied Piper of Alberta

Kids out, rats in.

At the peak of last winter’s omicron wave, I found myself thinking about “The Pied Piper of Hamelin.” If you don’t know the story, here’s a short synopsis: A medieval European town has a bad rat problem. They hire a piper who says he can fix it. He pipes a tune that makes all the rats follow. He leads them into a mountain cave, seals the entrance and, presto, no more rats. But now that the problem is gone, the townspeople decide they won’t “pay the piper.” In retribution, he pipes a tune that lures the town’s children away in the night, never to return. Let’s just say it’s one of the grimmest of the famous Grimm Brothers’ fairytales.

Fairytales often have historical bases. “The Pied Piper of Hamelin” comes with a date: June 26 is the day the children were led away. Crafty researchers found a rough match in the history of a German town. The history refers to events in the 1200s as having happened “after the children went away.” There are a lot of theories as to what accounted for the children’s disappearance: that they were sent off to fight in the crusades; that someone schemed to coax them to start towns farther east; that there was a sudden dance mania and the children danced away, some of them dancing until they died. Relative to these options, the story of being piped away by a rat-piper is relatively plausible.

A future fairytale could be called “The Wrongly Taught Children of Alberta,” in which the children are unable to leave.

The reason I’m telling you this is because of certain events in Alberta politics during the last year. Some of these boil down to the question “What does Jason Kenney have against children?” I started to wonder if, in the long run of history, some of these current events might not become the stuff of frightening fairytales.

The first fairytale could be called “The Wrongly Taught Children of Alberta.” This story is practically the opposite of “The Pied Piper of Hamelin.”

King Kenney and Princess LaGrange are worried that the children of Alberta will grow up, see what’s happening in their province and get the hell out. So the King and the Princess devise a system whereby the children will be unable to leave. They create a new K–12 curriculum that teaches Grade Twos and Grade Threes about the Roman Empire and how Christianity became its official religion in the 300s AD. There’s nothing untrue in this, but the children who are supposed to learn it (ages seven and eight) aren’t able to understand yet what a year might be. In other words, there’s no possible danger of them learning what they’re taught. Likewise, the years of Marco Polo’s trading exploits along the Silk Road to China and Genghis Khan’s consolidation of the Mongolian tribes. History will be a weird, dreamy thing to these Alberta children. There will be a part later on in their education where they are taught that, yes, the Nazis were pretty bad and killed a lot of Jewish people. But let’s not forget what great roadbuilders they were.

With this approach to education, our children will not only want to stay in Alberta, they will develop a hatred and horror of people from elsewhere who, when they meet them, will laugh unkindly at the curious way they speak and the odd things they believe. “Wow, these losers think the other side should have won the Second World War.”

Another fairytale that might emerge from the UCP phase of our province’s history could be called “How Alberta Children Saved the Adults from the Bad Bad Disease.” In this story, a terrible viral disease keeps coming back in different forms. The people of Alberta think it will never end, but King Kenney and his court wizard, Hinshaw, have a brilliant idea. They force the children back into school, knowing they will give each other the illness. The idea is that getting the disease will make them immune and prevent them from getting the disease. This might happen anyway in the long run, but King Kenney is always in a hurry. Of course, like “The Pied Piper of Hamelin,” this fairytale has a lot of sad parts where children die of the disease or are never quite as healthy again. This fairytale’s ending is quite different from the ending of “The Wrongly Taught Children,” in that the disease scheme causes thousands of parents to take their children and run like hell away from Alberta.

But that suits King Kenney just fine because he didn’t like those people anyway. Bunch of wimps. To replace them, King Kenney comes up with giveaway schemes and inducements that attract the type of new Albertans he wants: entrepreneurs, especially medical schemers, and the kind who can transform heavy oil and coal into jobs and big bucks. He will also lure in medical workers and labourers from poor and crumbling countries who will take what they’re paid and keep their mouths shut.

And everyone who is the right kind of Albertan will live happily ever after. As for the rest: meh.

Fred Stenson’s novels include Who By Fire, The Trade, Lightning, and The Great Karoo. 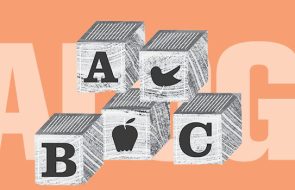 Should Alberta Have $10/Day Childcare?

Marina Adshade, the professor of economics at UBC and author of Dollars and Sex (Harper Collins, 2013) says yes. If you are like me, and believe the role of responsible government is to spend your tax dollars wisely, then you should support a program that provides $10/day daycare for families. Universal daycare programs ... 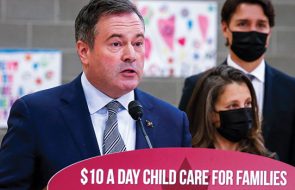 During the second World War, Canada had a national daycare program to facilitate the participation of women with young children in a labour market emptied out by military service and the disruption of immigrant flows. However, the Wartime Day Nurseries program was abandoned by Prime Minister Mackenzie King’s federal government after the end ...

The Pied Piper of Alberta

At the peak of last winter's omicron wave, I found myself thinking about “The Pied Piper of Hamelin.” If you don’t know the story, here’s a short synopsis: A medieval European town has a bad rat problem. They hire a piper who says he can fix it. He pipes a tune ...